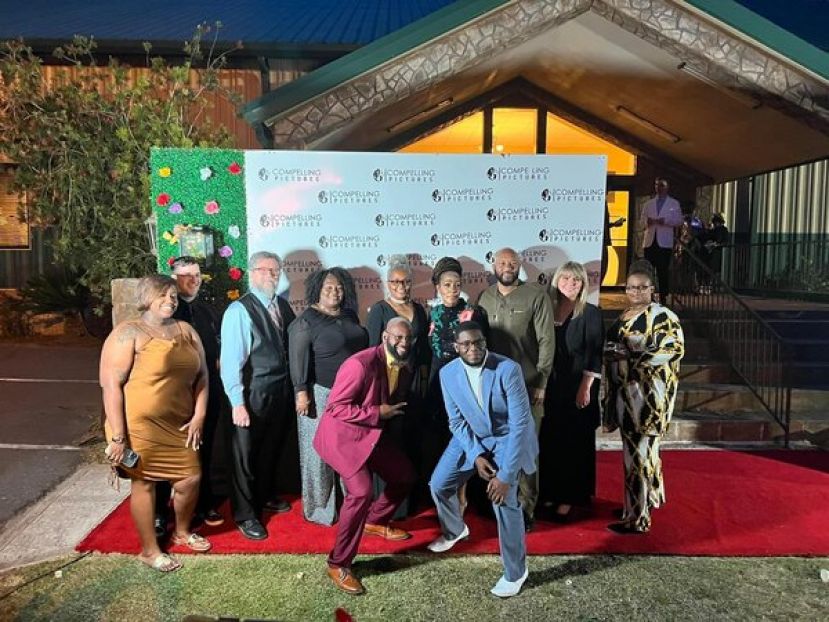 The red carpet premiere of Believe, a local Christian film shot and produced in Douglas, Georgia was a huge success for Coffee County Native, producer and director Sidney Bryant. Pastor Bryant and his team set out in 2020 to shoot a film that would inspire many to continue to believe in the power of God even in a time like a global pandemic.

In the film, Pastor Johnathan Roads (Frank Bussey) sets out on an exercise of faith; he believes anyone can be healed from any illness if they only believe that God has the power to heal them. In this powerful film, Julius Boyd (Ronnie Graham Jr.), suffering from a mental disorder and multiple brain tumors, finds the courage to trust God despite the end nearing. "You know science and data is only documented evidence of what has happened in the natural, but faith is the substance of things hopeful and the evidence of things not seen, which is why in this film I chose to show the power of the unseen evidence. The evidence that only comes when one chooses to defy the odds, and continue to believe God regardless as to how the outcome looks", Bryant said during a sermon he gave at the premiere entitled "The Power of Believing".

The production company is now looking to take The Believe Movie Tour on the road to other churches, to share the hour long film and to also deliver the believe sermon. It is intended for the company to use all proceeds for the Believe Tour to help fund the next Compelling Pictures Film entitled, "Redwood", which is slated to be shot this July in Douglas/Coffee County Georgia. To learn more about the film, visit WWW.REDWOODTHEMOVIE.COM. Auditions are now being scheduled.