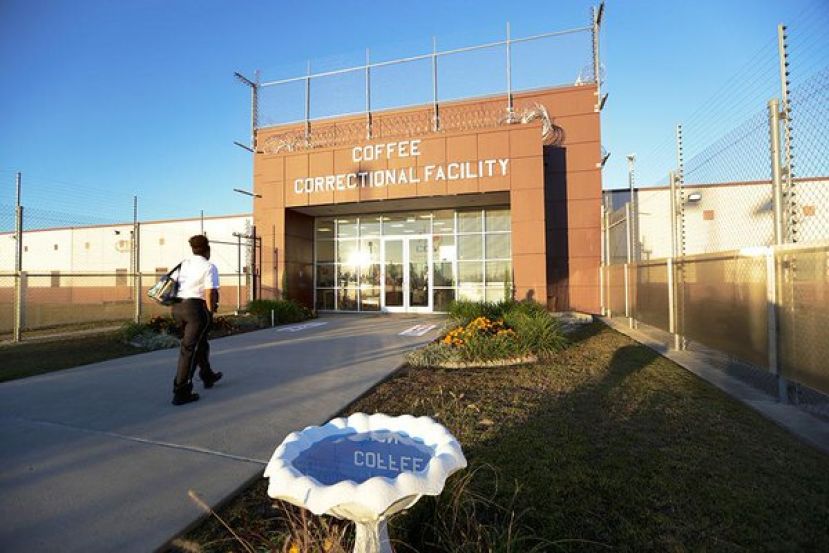 CCF’s K-9 Dog Program is part of the Canine Performance Sciences Program at Auburn University. The dogs take up to a year to train and are then placed with private security firms or government agencies to sniff out narcotics or bombs. Dr. Jennifer Irvin gave the graduation address. Dr. Irvin is the Georgia Department of Corrections Southeast Regional Principal. Her address focused on the struggle one must face to find their purpose. She also announced that the Nicholls facility was number one in the state for GED’s earned.

Dr. Irvin went on to praise Warden Hilton Hall for his support of education. She said that it was under his watch that CCF has begun a new arts and crafts program. CCF has also started a new welding and diesel mechanics program in collaboration with Wiregrass Regional College and Career Academy in Douglas. The K-9 Program Aide, an inmate, spoke about the dog-training program. The dogs are trained to detect something called a ‘vapor wake’. This makes the animals most effective in detecting explosives that are worn by a moving target. He said that working with the dogs had the benefit of, “... teaching us not to be selfish … to put others before ourselves.”

Warden Hilton Hall made the closing remarks. He told the graduates, “I would say that this is a new beginning, but I’d be lying. That new beginning began on that bus to Jackson when you said to yourself, ‘I ain’t never gonna do what I did to get here again’.”

Although only 71 inmates took part in the GED graduation ceremony, 138 inmates satisfied the requirements to receive their GED certificates.