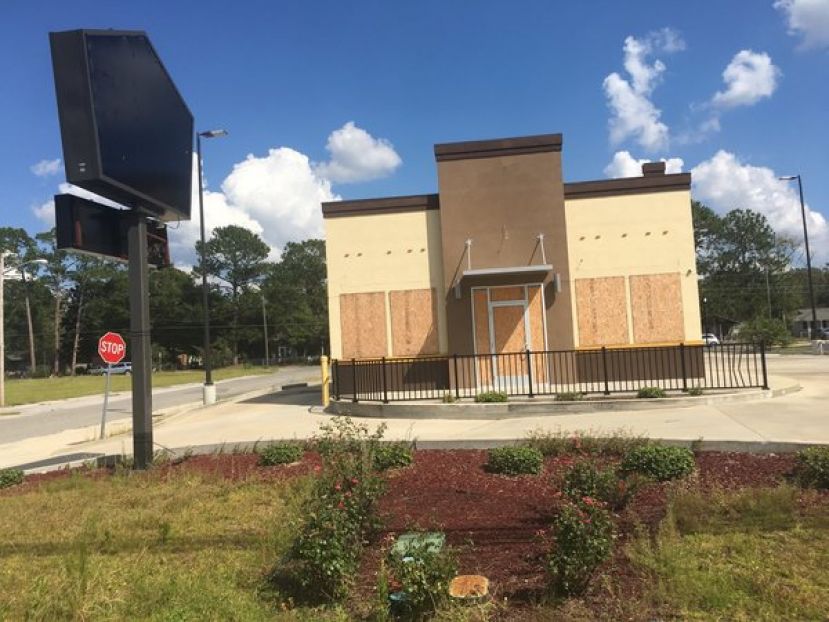 Investing in a restaurant franchise makes for one of the most profitable business opportunities on the market. Robert Wiggins revealed to DouglasNow that he’s preparing to open his first Checkers & Rally’s restaurant in the latter part of November.

Although this is Wiggin’s first Checkers restaurant, he is no amateur when it comes to operating franchises. He owned 26 Hardee’s restaurants and currently owns three Huddle Houses, two Dick’s Wings and a Pizza Inn all located in Baxley, GA. and Hazelhurst, GA. He revealed that he has no connection to Douglas but wanted to take the opportunity to invest in a growing community. He observed several Checkers locations and noticed that they were only in surrounding counties.

“I just saw the need for a Checkers in Douglas,” he said. “You got the college students and a growing workforce so I think it would be a great combination.”

The new Checkers restaurant will replace the existing building that used to house a Church’s Chicken located at 1100 Peterson Ave S. Other than painting the inside to the Checker’s color design and installing new work equipment, Wiggins mentioned that the building didn’t need any major repairs. He projected that the remodeling will approximately take two weeks. Before making any changes, he has to secure a contractor and wait for Checkers to release its final plan.

The Checkers menu will remain the same as its other franchises. The menu will offer a wide variety of burgers, chicken sandwiches, hot dogs, their famous seasoned fries and much more. “Checkers is pretty much known for their quality food at a good price,” said Wiggins. There will be no special discounts at this location and all promotions will coincide with the franchisor.

Hiring will take place two weeks before its grand opening in November. Wiggins confirmed that he has already hired his management staff and they are currently in training in Atlanta, GA. The new fast-food restaurant will open with about 40-50 employees but will create 30-35 permanent jobs. Wiggins advises interested potential employees to keep an eye on the building for updates on how and when to apply. He’s also planning on doing some advertising as it gets closer to November.

With so little to choose from Checkers will be a nice addition to the community. “Just looking forward to opening and having a successful business there,” said Wiggins. He revealed to DouglasNow that he’s preparing to open another Checkers in Baxley, GA soon after his opening location in Douglas.

“I wanted to do Douglas first because it probably has the most potential,” said Wiggins after explaining his decision to open first in Douglas.