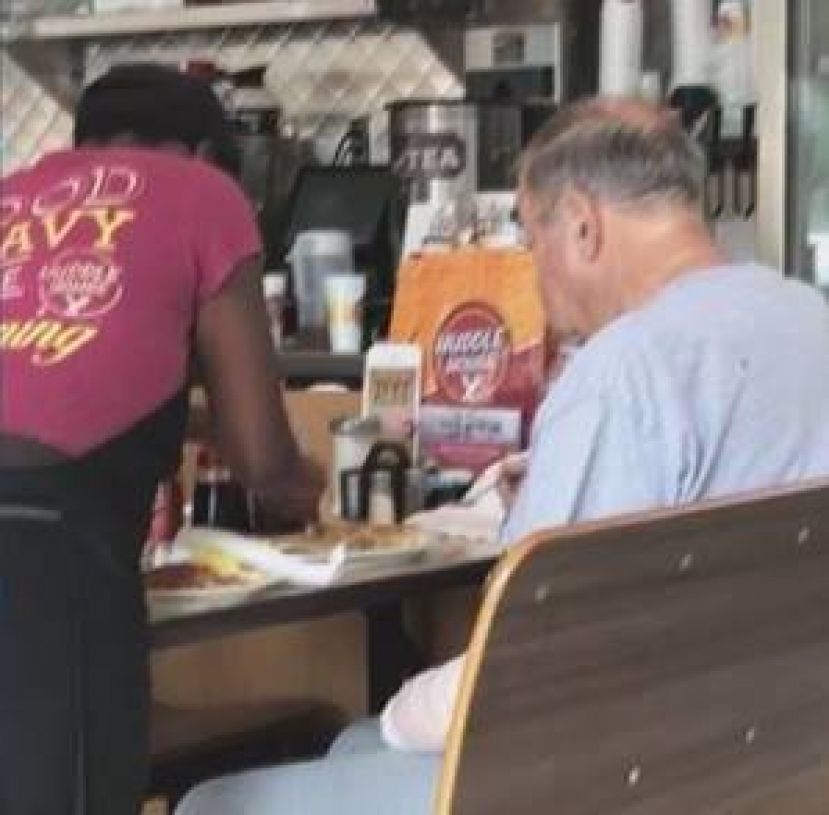 Working at a Huddle House isn’t easy. It can’t be. The hours are long and the work tedious. It certainly isn’t glamorous work. And I can’t imagine that the tips bring in a whole lot of money.

But this waitress at one of the two Douglas Huddle House locations went well beyond the call of duty to help a patron who was unable to cut up his meal. The waitress’s name is Wanda Smith and she works at the Highway 32 West Huddle House in Douglas. A customer in the restaurant took this video with a cell phone after observing what was happening.

The patron, a veteran, has a disability that prevented him from being able to cut up his meal. Smith noticed his struggles and helped him cut his food so that he could eat it. I’m not sure who took the video; however, I first saw it on Dallas Smith Jr.’s Facebook page. Dallas and Wanda don’t appear to be related. According to his Facebook profile, he is a field service technician at Altec and lives in Sylvester.

The video has gone viral and been picked up by several news outlets, including WSB. I don’t know Wanda Smith’s story nor do I know what moved her to help her customer – except that she’s a kind, caring soul who saw a need she could help meet. In a time when people argue over the smallest of issues and often find themselves at odds with each other more than they get along, these are the kinds of stories we need more of. Maybe the powers that be at Huddle House will see this and reward Ms. Smith accordingly.