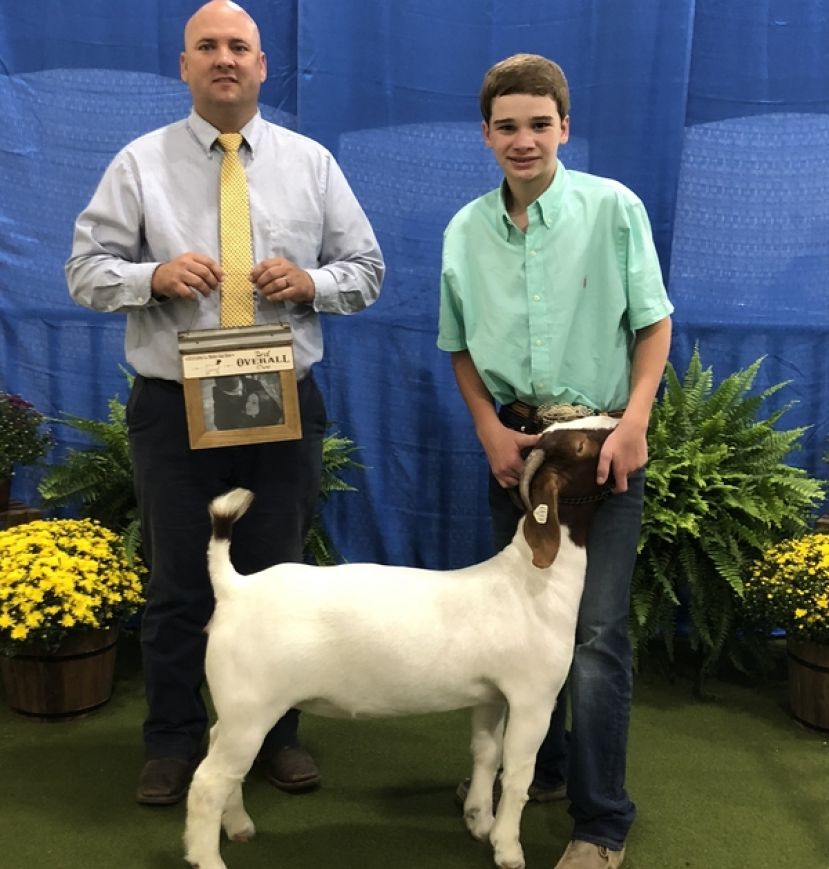 The Coffee County Farm Bureau Young Farmer and Rancher Committee has formed a Junior Board of Directors. The four junior board members, Emma Kate Tillman, Dawson Adams, Trey Gillis and Leana Atkinson, will be promoting agriculture, educating students through agriculture literacy and participating in community services projects. As one of their projects, the junior board will be highlighting an F.F.A. or 4-H member for the monthly Ag Spotlight. The purpose of the Ag Spotlight is to feature a member of the F.F.A. or 4-H who has exemplified attributes such as leadership, determination, diligence and charity.

The Junior Board is proud to announce the first Ag Spotlight student, Jake Harrell.

Jake Harrell, a 9th grade student at GWCFC, is a very active member in F.F.A. and currently serving as the president of the 9th grade F.F.A. In preparation for the current year, he participated in the Colt F.F.A. officer training in Douglas. During his 7th and 8th grade years at C.M.S., he served as the F.F.A. treasurer. Jake competed on the land judging and livestock judging teams during the 2015, 2016 and 2017 season and is currently preparing for the 2018 season.

As a part of the livestock judging team, he attended livestock judging camps and clinics throughout the state. In 2017, the C.M.S. livestock judging team won 1st place in Area 6 Junior Livestock CDE, with Jake placing as high individual and their team advancing to the state competition. Since 2015, Jake has participated in F.F.A Summer leadership camps, the F.F.A. South Region Leadership rally and the annual Coffee County AG Literacy Day where he educated younger students about the importance of agriculture. Last year, Jake earned his F.F.A. Discovery Degree. He has been showing market goats for 10 years and market swine for 6 years.

He has had great success in the show ring with both species. Jake has earned a spot in the FFA Supreme Showmanship Competition for the last two years at the Georgia National Junior Livestock Show exhibiting his market goats. Jake was an active 4-H member in 4th and 5th grades, serving as vice president both years. Jake also participated in several activities supporting Coffee County 4-H, including DPA where he placed first with his project on How to Show Goats.

Jake also loves the outdoors, hunting, and fishing. Jake is the son of Rob and Traci Harrell of Nicholls and an active member of Saginaw Baptist Church in Nicholls.