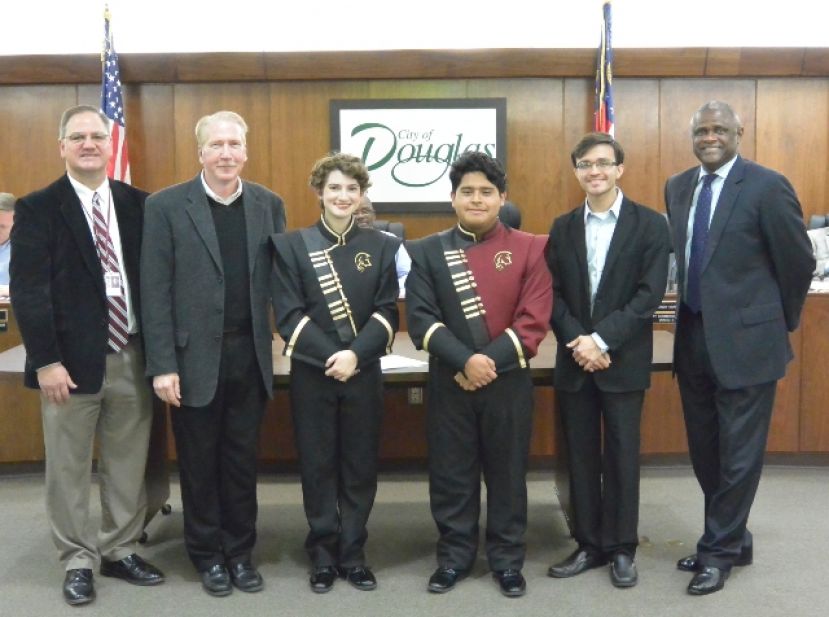 According to Mayor Paulk, “Our city is very proud of how the Coffee High School Marching Band has represented this community, as the band won first place in Class 2A Band Category at the Sound of Silver Band Competition with an outstanding score of 92.00. As a result of hard work and dedication, the band received Superior ratings in all categories including Drum Major, Auxiliary, Percussion, and Overall Band; the Drum Major captured 3rd Place Best in Class; Auxiliary captured 2nd place Best in Class; and Percussion placed 2nd Best in Class. We thank Mr. Myers for leading these talented young people and the band deserves to be celebrated for their musical excellence. Mr. Myers and the band members are truly an asset in our community and our entire City Commission salutes the band for making our community come alive each year with their musical achievements.”

The Annual Festival of Lights Parade will take place on Thursday, December 6, 2018, at 6 pm beginning at the Coffee County Courthouse and ending at South Georgia State College. The parade was originally scheduled for Saturday, Dec. 1 but a severe weather system caused organizers to postpone the parade.

More in this category: « Junior/Senior DPA projects are due Dec. 14 City needs three people for the Downtown Development Authority »
Login to post comments