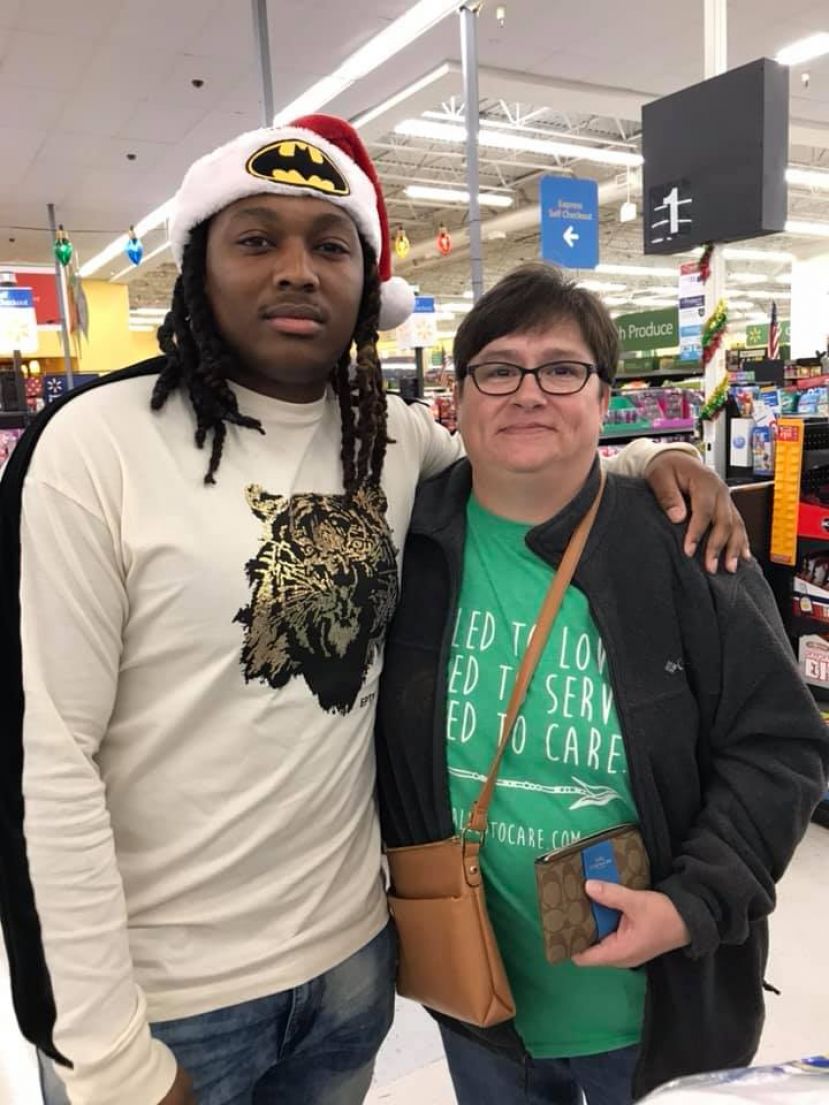 When DJ Suede, known around Douglas as Keenan Webb, went to Wal-Mart last Thursday, he went with a purpose. And it wasn’t to do any Christmas shopping – at least not for himself. Keenan, a DJ who has made a name for himself with his remixes and vines, wanted to help make Christmas a little easier for a few folks in his hometown.

And that’s when he saw Tammy Leggett.

Tammy and her family had decided to help others this Christmas as well. Thing is, Tammy’s husband, Gary, had been out of work earlier in the year. Because of his time without a job, they had fallen behind on their obligations. She was at Wal-Mart Thursday buying groceries for her family and Christmas gifts for children in foster care. “I was stressed and worried because I knew everything would be about $400. I was thinking about how I could hold off on a few bills to cover everything when a young man walked up,” she says.

The young man was Keenan Webb. “He asked if he could pay for my stuff,” states Tammy. She was completely floored and asked if him if he was serious. “He said he was. But I still kept asking him if he was kidding. I was just in shock.” Keenan told Tammy that he didn’t get home very much but when he does, he wants to help those in his community. The items in Tammy’s basket rang up to $398. Unfazed by the bill, he asked Tammy if that was all she needed or if there was more shopping to do. She assured him that was all. “This was such an amazing gift for us and I want the world to know what this young man was doing to help others,” said Tammy.

Tammy wasn’t the only person Keenan helped on Thursday. There were several others he surprised as well. He made mention of what happened at Wal-Mart on his Facebook page later that day. “We surprised some people at the register today. I know how tough it can be at Christmas time. I hope I was able to help some today. Hopefully, this motivates other influencers, entertainers, producers, etc., to help others as well. God bless and Merry Christmas,” Keenan wrote.

As DJ Suede, Keenan’s biggest hit to date is a remix he did of Danielle Bregoli’s famous “Cash me outside” comments on the Dr. Phil Show. Keenan remixed her comments, which promptly went to #88 on the Billboard Hot 100 chart, according to www.allmusic.com.