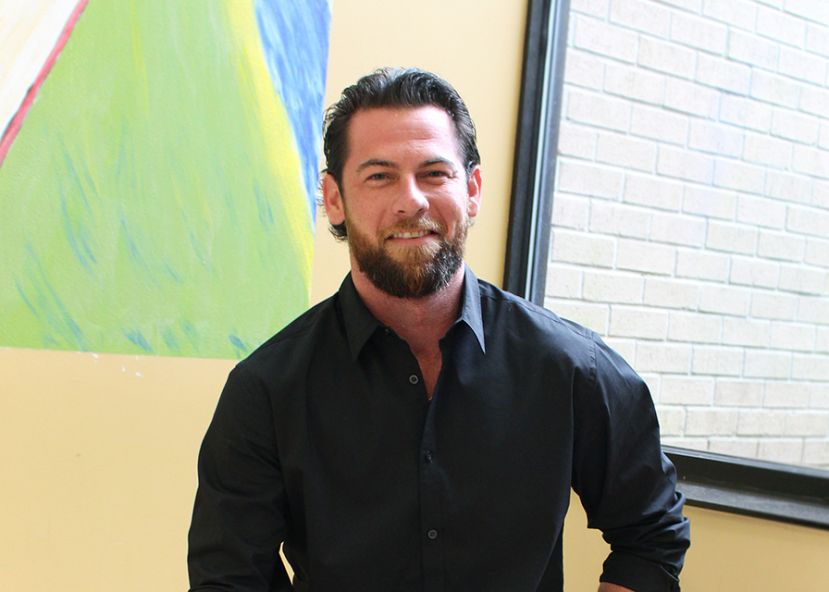 James Grobsmith, Waycross native and Wiregrass 2019 Top 4 GOAL Candidate, was the graduation speaker.  Grobsmith graduated with his technical certificate of credit in Barbering and was a member of SkillsUSA.

His story is one that motivates one to follow their own dreams even when faced with setbacks.  Grobsmith was an honor roll student who found himself dropping out of school following the death of his grandfather who was raising him.  Years later, at what would have been his graduation, he sat in the audience and watched his former classmates walk across the stage to receive their diplomas. Something changed in him that day.  He decided at that point he wanted more in life.  He would enroll in a technical college near where he lived, and where he earned his GED. Years later, after a few jobs, he returned and enrolled in the Welding program.  After graduating from the Welding program, he began his job at a railcar leasing company.

While life was good, a dream from his childhood lay dormant in the back of his mind.  After receiving haircuts on the front porch by his Papa, and several failed attempts at the “latest” style at that time, his attraction to haircutting grew.  Somewhere along the way he started getting more attention for his own hairstyle and inquires as to who cut his hair.  To every one’s surprise, he cut his own hair which led to friends asking him to cut their hair.  As the list of clients started to grow, he realized this was his passion, and a special craft that he wanted to learn.  “There aren’t many barbers left in my hometown and in the last few years, I started feeling that yearning for something more,” shared Grobsmith. “I had a great job, but didn’t feel like I was connecting and helping people the way I desired to.”  With that, he researched and found the Barbering program at Wiregrass Tech and enrolled.

“I don’t need a master’s degree and a couch; I can touch people’s lives behind the chair,” shared Grobsmith.  While continuing to work full-time and living over an hour away from the Wiregrass’ Valdosta Campus, the closest college to his home that offered barbering.  While in college he was a member of the college’s SkillsUSA Chapter and Student Government.  He is now working toward his goal of owning his own barber shop.

Below are the local graduates: