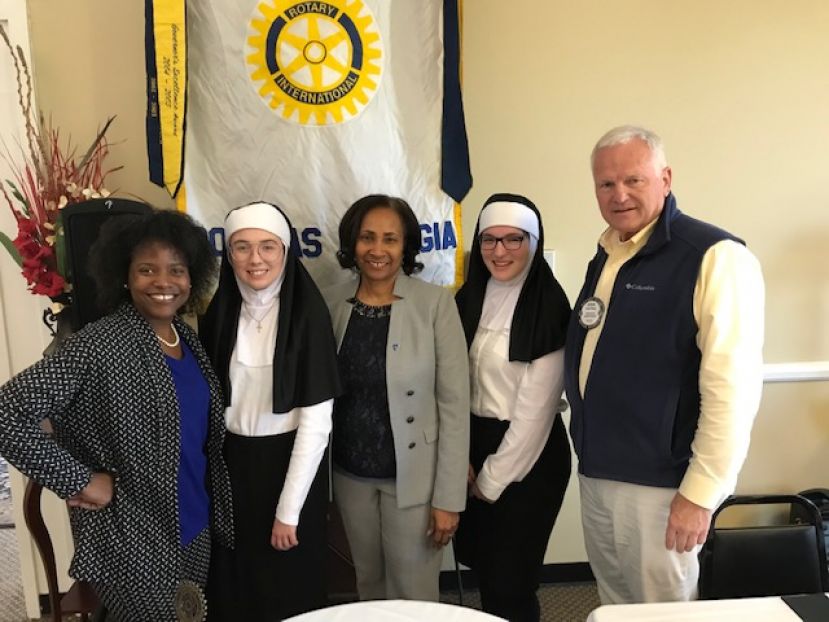 Katherine LeRoy-Lawson, theatre instructor at SGSC, brought with her two SGSC theatre students, Victoria Highsmith and Ivee Cole, who performed a scene from “Doubt: A Parable” for club members.

“Doubt” is a Tony-winning play that deals with accusations of sexual abuse of a student in a Catholic school by a parish priest. The play was also made into an Oscar-nominated movie starring Phillip Seymour Hoffman and Meryl Streep. LeRoy-Lawson directed SGSC’s adaptation of the production while Highsmith played the role of Sister Aloycious and Cole played Sister James. The SGSC drama club will hold an encore performance of the play on April 11, 2019, in the Educational Building on the Waycross Campus. The curtain goes up at 7 p.m.

Greg Walker, a roving scout for the Atlanta Braves, will provide the program for the March 14 meeting. Walker is a former first baseman with the Chicago White Sox and Baltimore Orioles. He also has served as the hitting instructor for the White Sox and the Braves.