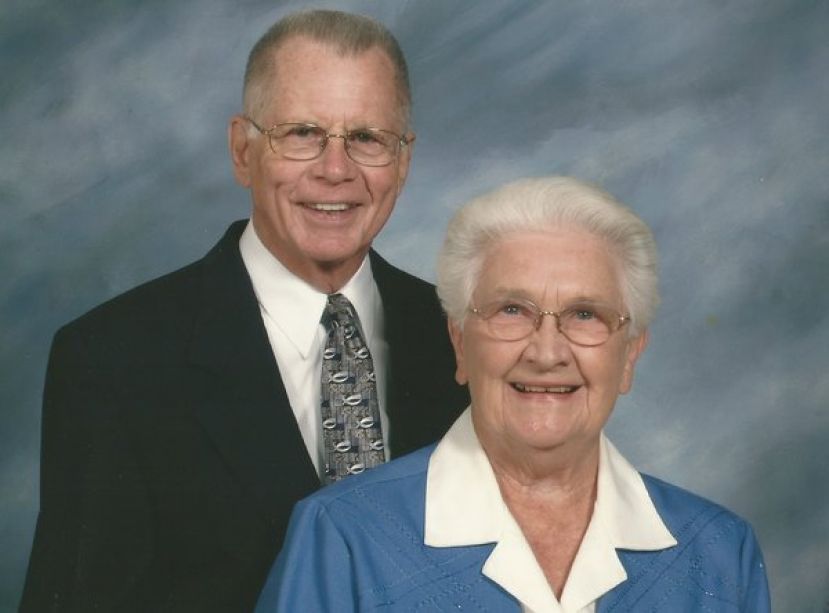 Rev. Elick Bullington and his wife, Margaret, have been married nearly seven decades, longer than most people who will read this article have been alive. While this is a noteworthy and commendable attainment in its testimony to both longevity and unwavering commitment, the impact the Bullingtons have left in the lives of others over the years in the name of Jesus is perhaps their greatest witness.

Micah 6:8 states, “He has told you, O mortal, what is good; and what does the LORD require of you but to do justice, and to love kindness, and to walk humbly with your God?” (NRSV)

Kindness, humility, and justice are three words that encapsulate the hearts and actions of these two saints of God.

The love story of the Bullingtons began in the 1948, and the common bond that brought the couple together would be the same one they share over six decades later: their love for God. This story, however, is about much more than a couple’s love for one another; it is the story of two people’s love for their Creator.

Though they first met by happenstance in Williamsport, Pennsylvania in 1948, the two wouldn’t begin a serious courtship until they were back in Georgia a few years later. They were both involved in a training program with their churches, and their paths briefly crossed while in Williamsport.

Like a scene from an old romantic film, Margaret walked out of a phone booth and there stood Elick. She was upset after the phone call, and she recalls that he made her feel better. Soon after this encounter, however, they parted ways and headed in different directions, Margaret to West Virginia and Elick to New York. They both eventually settled in Georgia again.

Originally from Broxton, Georgia, Margaret Traynham graduated from Valdosta State College and was teaching in 1952 at the Sallas-Mahone Elementary School in Valdosta. Meanwhile, Elick was a pastor in Pearson, Georgia.

Elick says that he looked up Margaret and, “the rest is history.”

Margaret would join him in Pearson after they married, and it would be the first of several churches that Elick served. Their journey in life together would take them to several places in Georgia, including Statesboro, Perry, Moultrie, and Macon.

Eventually, the couple would settle in Broxton. The Bullingtons taught Sunday School for years in their home across the street from the Broxton United Methodist Church, where they were persistently active, particularly in the area of outreach.

Prior to meeting each other, Elick served in the Air Corps during World War II.

Originally from Macon, he graduated from Emory University, followed by Yale Divinity School. He has served on the South Georgia Conference Board of Missions, the Conference Commission on Christian Vocation, the Board of Ordained Ministry, and is a former district superintendent of the Statesboro District of the South Georgia United Methodist Conference.

The list of Elick’s achievements, accolades, and positions over the years is indeed extensive, but his most noteworthy accomplishments won’t be found on certificates, diplomas, or plaques; his everyday actions and good deeds are his true triumphs in life.

In addition to serving God by answering the call to ministry, Elick has selflessly devoted his time to loving people and praying for those in need. For several years, Elick was a familiar face at Coffee Regional Medical Center in Douglas, where he routinely visited the rooms of strangers and friends alike, spreading his cheer and offering to pray with patients.

Elick has a personality and disposition that make people feel instantly loved and welcomed. His spirituality and relationship with God are evident in his words and his actions.

Proverbs 31:10 states, “A wife of noble character who can find? She is worth far more than rubies.” Margaret Bullington is the proverbial wife of such nobility. She is known as a woman of character, strength, and faith, who has enhanced the lives of everyone fortunate enough to know her.

Margaret matches Elick’s generous nature with her own. She has been known to fill grocery bags for hungry families and spend hours visiting with people unable to leave their homes.

Margaret’s unconditional love and support for her husband has never wavered.

When Elick’s health suffered a setback and they knew he would need to reside in an assisted living facility, Margaret packed her own bags and didn’t hesitate to relocate with him so she could remain by his side. The couple left their home of nearly thirty years to reside in a senior living facility in order to stay together.

Margaret is still by Elick’s side, encouraging him through endless hours of physical therapy and daily activities. They are both in their nineties and attend church regularly.

When asked about the longevity of marriage and what contributes to a successful union, Margaret is quick to say, “God has to be in your marriage. The marriage needs to revolve around God.”

Elick’s thoughts on his marriage are also divinely inspired.

He says, “God arranged all this. Margaret is my closest spiritual partner, friend, and daily reminder of Jesus.”

Their life together is an admirable one: they read, talk, laugh, and pray together.  Most importantly, they are selfless Christians who never stop serving God and loving people.

While the Bullingtons have a beautiful love story of companionship and devotion to each other, there is a bigger love story worth honoring in their lives: a timeless love story that is eternal and everlasting. Elick and Margaret Bullington love Jesus.

The driving force behind the selfless nature of the Bullingtons has always been their faith in Jesus, along with an earnest willingness and desire to submit to His challenge to “deny yourself, take up your cross, and follow me.” (Matt. 16:24)

“Somewhere along the way, in those years after World War II, I realized that for me there can be no separation between personal faith and social action. Such separation is a false dichotomy…I cannot separate my habit of prayer, spiritual reading, and worship (sitting at the foot of Jesus) from my concern for others and the daily responsibility to follow Jesus in service.”

On April 1, 2019, Elick and Margaret celebrated 66 years of marriage. The couple has three children, ten grandchildren, five great grandchildren, and an endless number of true friends.

Jerry Hudson is a certified lay servant and ministerial candidate in the United Methodist Church. Sandy is a middle school Language Arts teacher and the proud mama of Parker.