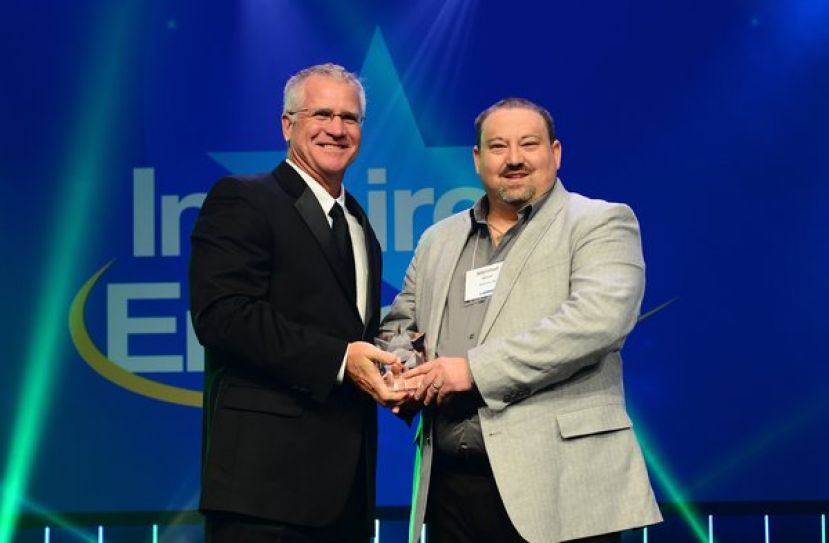 Photo courtesy of TheTrucker.com Marshall Mizell (right) receives the 2018 Rookie of the Year Award from Landstar earlier this month.

According to a press release posted by TheTrucker.com, Landstar System Inc., Marshall Mizell of Pearson has been named the Landstar 2018 Rookie of the Year. Mizell is an independent agent with Landstar System, Inc. He received the award at Landstar’s Agent Convention held in Marco Island, Florida, this month.

Landstar defines a rookie as an independent agent who is new to the Landstar network but not necessarily new to the transportation industry.

Mizell, of MM Transportation LLC, based in Pearson, joined the Landstar network after several years on the open road as an owner-operator. Mizell decided to turn his experience as a professional truck driver into his strength as an independent Landstar agent in October 2017.

“The customers Marshall hauled for as a professional truck owner-operator became his first customers as an independent Landstar agent,” said Landstar President and CEO Jim Gattoni. “His respect for the road has helped Marshall develop loyal relationships with customers and Landstar business capacity owners.”

Since opening, MM Transportation LLC has generated more than $2.6 million in Landstar revenue with no cargo claims or preventable accidents. Landstar Rookie of the Year Award recipients must be part of Landstar for less than two years, demonstrate an outstanding revenue performance and encompass excellence in customer service. Nominees for the 2018 award joined Landstar between July 1, 2017, and June 30, 2018.