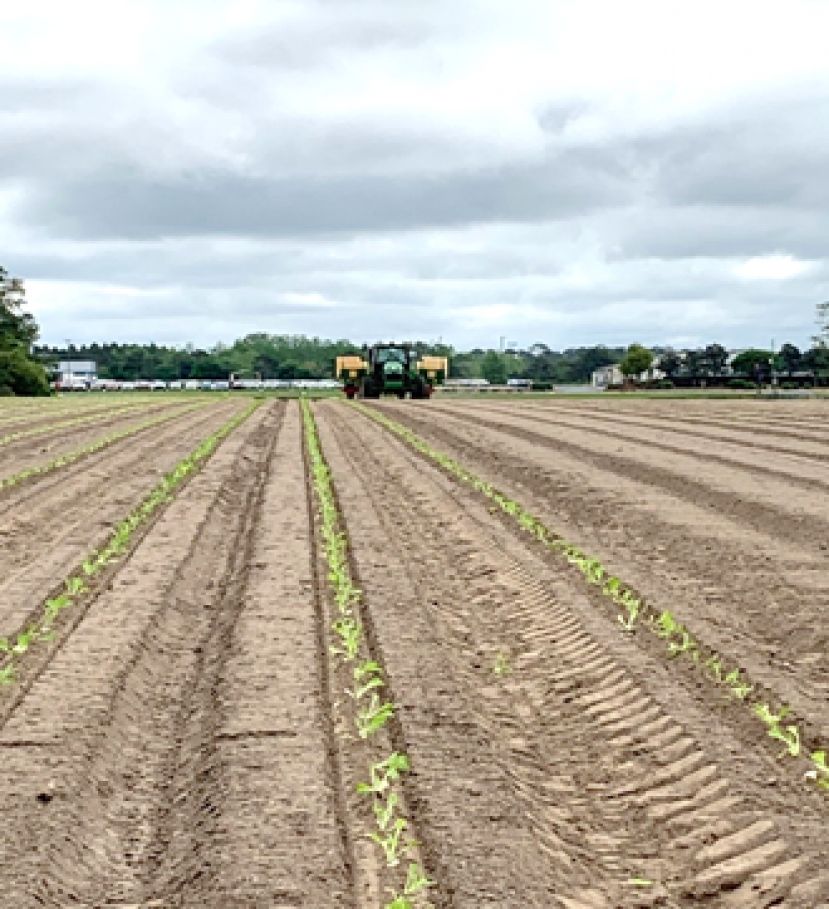 As temperatures rise transiting from the winter to spring season farmers are preparing for 2019 growing season. Farmers’ crop production has been limited by hurricane Irma (2017) and Michael (2018). Though farmers have been awarded disaster relief funds from only Irma, the margin for gain has been minimal. As we go into the 2019 growing season farmers hope for cooperative weather and decent commodity prices.

Due to the nature of the agriculture market which correlates with commodity international trade deals Georgia’s tobacco acreage has significantly decreased -- approximately 40 to 60 percent for the 2019 growing season. Despite the cut in tobacco acreage Dr. Paul Bertrand (retired UGA Extension Tobacco Pathologist), Tony Barnes (Atkinson County ANR Extension Agent), and I are excited to have 12 on-farm trials and one black shank variety trial with farmers in Coffee and Atkinson counties.

The trials are based on the issues farmers face in tobacco production. Growing tobacco requires a lot of inputs to produce a crop, but outputs can be impacted when the crop is wiped out by soil borne diseases. These trials consist of common used chemicals to control these soil borne diseases to measure how it correlates to tobacco yield. Farmers are appreciative of these trials because they help minimize financial loss in their tobacco crop. Participants of the annual Georgia Tobacco Tour will have the opportunity to view these trials in June. These trials will give participants a first-hand experience of how we grow tobacco in Georgia.

There are many articles in today’s media spreading positive and negative things about farmers. However, we are thankful to still have viable agriculture industry which generates a value over $13.75 billion to Georgia’s economy. If you ate today please thank a farmer.