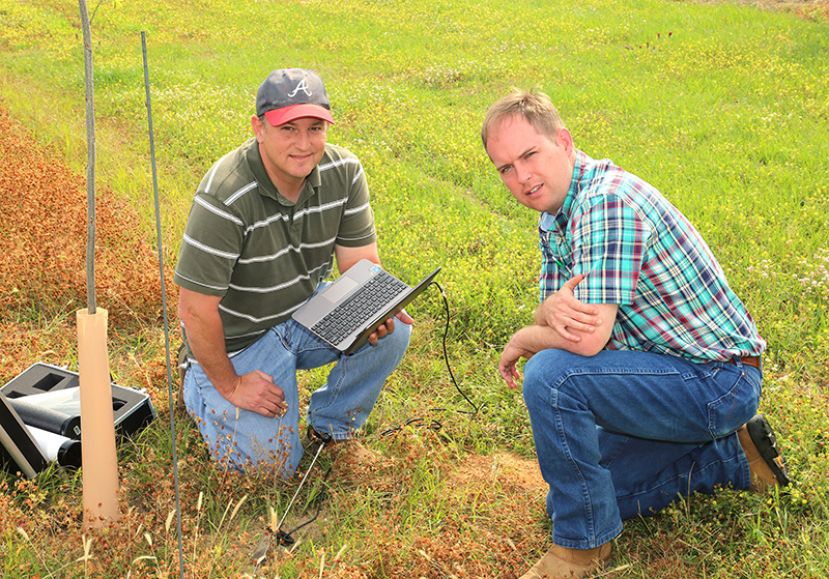 The partnership between University of Georgia Cooperative Extension and the Georgia Pecan Commission yielded a new area pecan agent position for the Southeast District this year.

The two entities co-funded the position that will be filled by Andrew Sawyer beginning May 1. Sawyer will work with growers and county agents in southeast Georgia, while UGA Extension pecan specialist Lenny Wells continues to serve producers in southwest Georgia and statewide.

“I am so excited about this partnership between the pecan industry and UGA Extension. This is a great example of how everyone in the agricultural industry in Georgia works together to identify needs and solve problems,” said Laura Perry Johnson, associate dean for UGA Extension. “Andrew is the perfect person to be UGA Extension’s pecan expert in southeast Georgia. I look forward to seeing the great things that come from this partnership.”

Sawyer has served as the Wilcox County Extension coordinator and Agriculture and Natural Resources (ANR) agent since October 2017. Prior to that, he was the ANR agent in Thomas County for six years.

Sawyer’s addition to the pecan team is timely since there has been an increase in the number of trees being planted in the southeastern part of the state over the past decade. Although the majority of Georgia’s crop lies in southwest Georgia in Mitchell, Dougherty and Lee counties, Tattnall County in southeast Georgia was ranked No. 6 in farm gate value for pecans in 2017 with $16.1 million, according to the UGA Center for Agribusiness and Economic Development.

“The pecan acreage in that part of the state has grown a lot in the last five to 10 years. Some of those areas, it’s a three and a half hour drive one way to get to them and that limits the amount of time you’re able to spend with them on the ground,” Wells said. “It’s going to be very helpful for them and all of us to have Andrew over there and accessible to those growers.”

It’s a critical year for Georgia pecan farmers. Hurricane Michael hit southwest Georgia last October, decimating the pecan industry by causing more than $560 million in direct losses. Producers are currently making decisions about whether they should replant, what varieties to plant and how to overcome low market prices.

“There probably will be more questions that come up this year, more problems that need to be looked at in the field,” said Lanair Worsham, vice chairman of the Georgia Pecan Commission. “It’s going to work well (having Sawyer join the pecan team).”

Clint Thompson is a news editor with the University of Georgia College of Agricultural and Environmental Sciences based in Tifton.