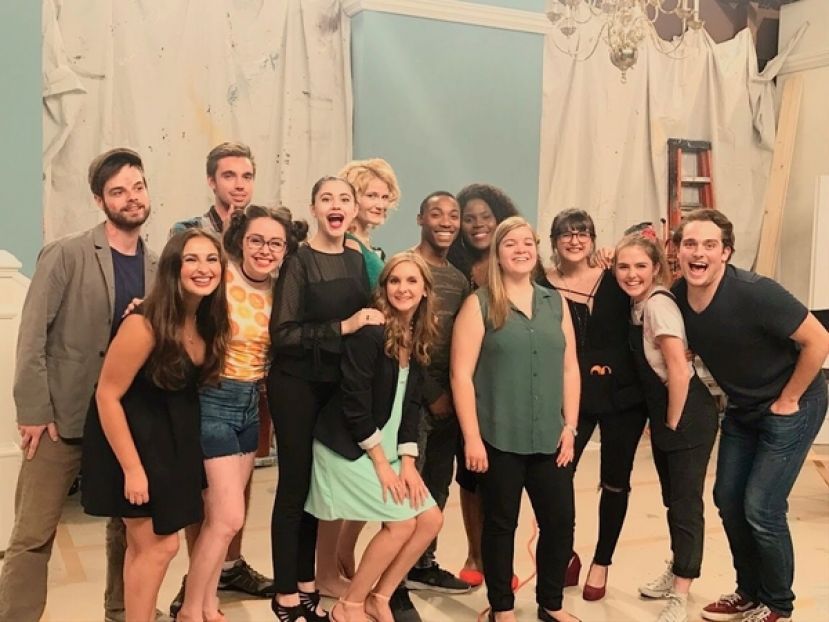 DouglasNow.com file photo Anna Braswell (center) stands with the cast and crew of Nailed It!, an original sitcom she created, wrote, and produced while at SCAD in 2017.

Tonight at 7 p.m., Rockin' 8 Cinemas will hold a screening of Nailed It!, a behind-the-scenes workplace comedy created, written, and produced by Douglas's Anna Braswell while she was at the Savannah College of Art and Design. In 2017, Braswell won a student Emmy for Nailed It!. The Coffee Alliance for the Arts is hosting the event.

The sitcom is about a home renovation show, led by the knowledgeable, but bland, Jamie Mills. In an effort to boost ratings and to keep from being canceled, her producer brings in minor internet celebrity Stewart Bradshaw, the Hashtag Glass Guy. Stewart throws a wrench into Jamie’s plans, but she has to figure out how to work with him in order to keep her show.

Nailed It! was filmed in front of a live studio audience at the end of May 2017, a scant three months after the idea was pitched. It was so well-received that SCAD decided to continue with Nailed It!, even after Ms. Braswell graduated and moved to Los Angeles to pursue a writing career. She served as co-writer with Ms. Kole and Mr. Hentschel on the second episode and advised from across the country while they led the writing team for the second episode and wrote the third.

SCAD entered the pilot episode into the National Academy of Television Arts and Sciences Southeastern chapter’s Student Production Awards, more commonly known as the regional Student Emmy Awards. Nailed It! was nominated for Best Writing and Best Editing, along with shows from colleges in Georgia, Alabama, Mississippi, South Carolina, and Ashville, NC. Nailed It! walked away with the award for Best Writing on June 9, 2018, at a ceremony in Atlanta.