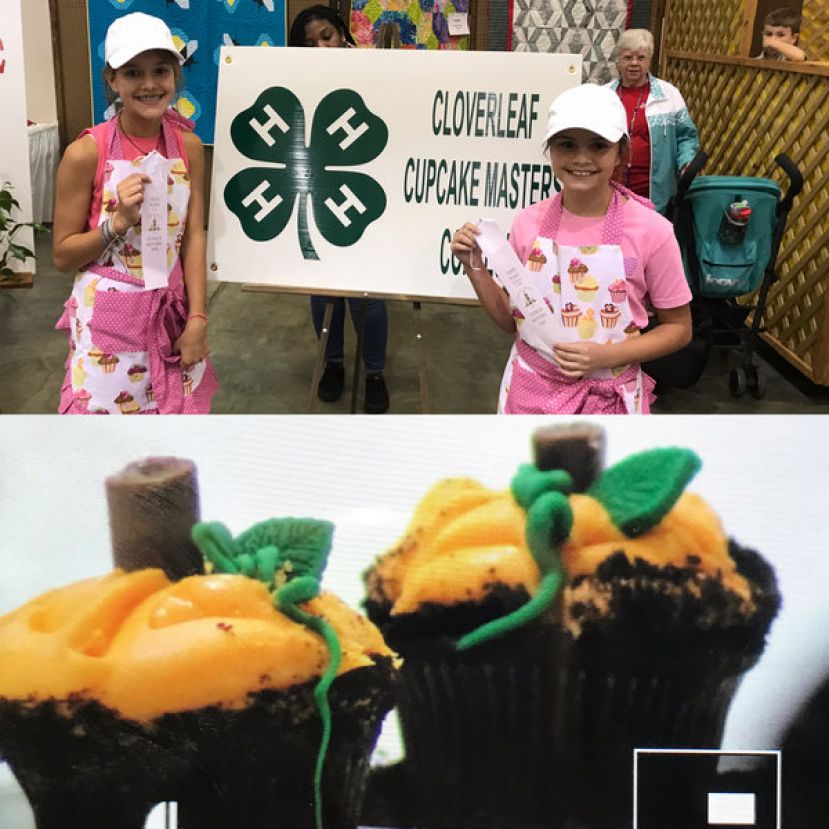 The girls decided on a team name of “Sassy Southern Sweets” and named their cupcake design “Prized Pumpkin.” There was a lengthy list of rules for the contest. They were required to bring all the ingredients and assemble their cupcakes under the eyes of the many judges. The rules required pre-baked, plain cupcakes, plain white icing that could be tinted their color of choice during the competition, and edible décor. The decor could have been premade, but they chose to create their own from fondant thanks to their newly learned skills. They had a 30-minute time window to complete their creations and, once complete, they were required to present to the judges and gives detail of their specific design and ingredients.

In preparation of the contest, local cupcake master, Teri Day of Cakes & Chaos generously instructed the girls on a few basic skills of cupcake decorating. After learning how to make several designs, including sunflowers, hydrangeas, pumpkins, and Halloween monsters, Sassy Southern Sweets decided the pumpkin would best fit their vision.

The teams consisted of fourth-sixth grade 4-H students from around Georgia. The top 10 entrants were awarded ribbons. Sassy Southern Sweets were so excited to be awarded third place. A special thanks goes to everyone who encouraged and helped these girls in this fun event.