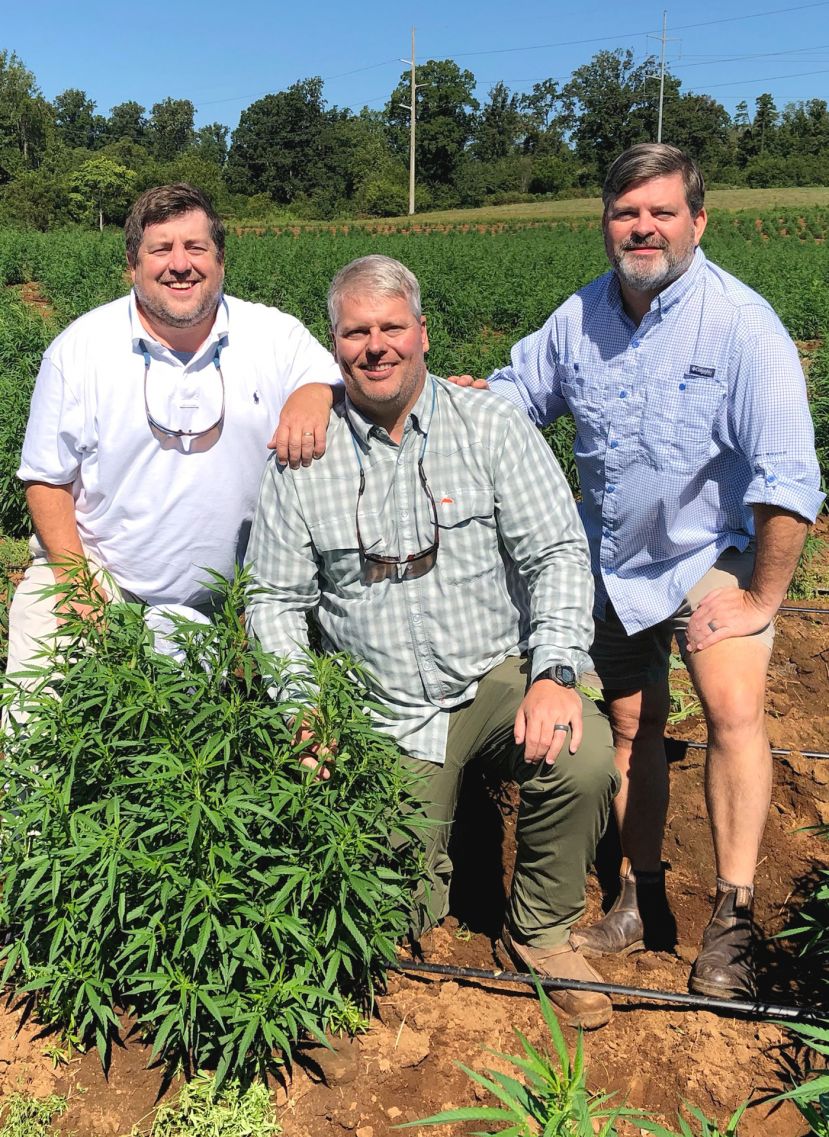 “Georgia hemp farming is well-positioned for a renaissance,” said Thomas Farmer, who started Second Century Ag with fellow Georgians Clay Taber and Will Wingate. “The South Georgia soil and temperatures provide perfect conditions for growing hemp. Hemp farming thrived across the Southeast in the early 1900s, and we believe it will again, as global demand for the many uses of CBD oil grows exponentially.”

In 2018, President Trump signed into law a bill that legalized the production of hemp nationally, and the Georgia General Assembly followed suit in the 2019 session.

“In many other states, there are well-established hemp farming and processing operations, since the passage of a pilot hemp program in the 2014 Farm Bill,” Farmer said. “Our leadership has worked in other states to test and create best practices for a crop that grows well in our environment and maximizes the amount of oil produced. We haven’t had hemp farming in Georgia for 80 years. It requires expertise and unique equipment. Second Century Ag has all of that and more, and we’re aiming to become the first and the best hemp processing operation in South Georgia. When you think of Georgia hemp, we want farmers, investors, retailers and anyone else to think of Second Century Ag.”

Second Century Ag is will be applying for appropriate licenses once the Georgia Department of Agriculture finishes program rule-making, now that the USDA, headed by former Gov. Sonny Perdue, has issued federal regulations.

“We’re ready to get going. We have the right crop genetics, we have farmers lined up, we have the equipment, we have a processing facility in Ocilla,” Farmer said. “We’re on the leading edge of what we believe will become the next big development in Georgia agribusiness.”

Enhanced Capital is managing the loan investment for GARJA.

"Working with Enhanced Capital has been a great experience,” said Taber. “They have experience and expertise in agribusiness and rural development. They quickly understood our business and the incredible opportunity that hemp and hemp products have for Georgia and Georgia farmers."

Second Century Ag plans this spring to open the Ocilla facility that will serve as a hemp nursery and extraction operation.

“My family has farmed the land in Irwin County for generations,” said Wingate. “This business will create good jobs for the hard-working people in Ocilla, and it will create strong returns for farmers in South Georgia who’ve faced down the serious challenges of hurricane damage and international trade wars. The demand for CBD oil continues to expand by leaps and bounds, and we’re making sure Georgia agribusiness is well-positioned to capture some of that growth.”