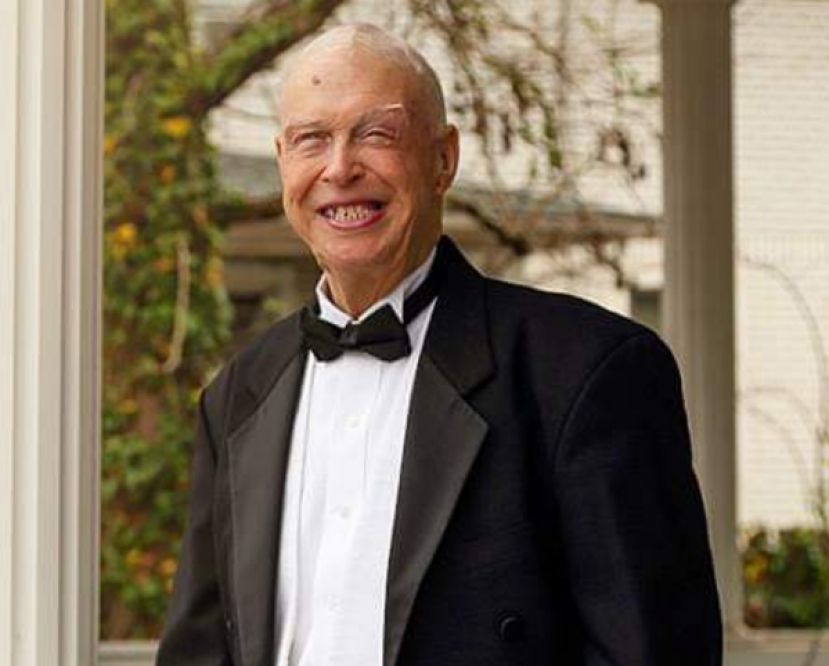 Submitted photo J.T. Anderson, who recently passed at 77, was a larger than life character and a true community ambassador.

Jessie Tillman “J.T.” Anderson was born on June 28, 1942, to the late Tillman and Opal Minix Anderson. Upon his passing on April 16, 2020, at age 77, J.T. had lived through several major illnesses and surgeries. He was believed to be one of the oldest living persons in the United States, and quite possibly the world, with Down’s syndrome. And our community of Douglas, Georgia, was privileged enough to claim him as our very own.

J.T. may have been a person of “special needs,” but he was also certainly a man of “special deeds.” He was known as a Good Samaritan who always had a smile for everyone he passed, and never met a stranger. When J.T was younger, he was known to make his rounds in downtown Douglas, donning his favorite attire, blue streaked Oshkosh overalls. He may have been seen walking or riding his bicycle along his daily route.

He would start at Sims Funeral Home and travel to Holt’s Bakery, then to the Department of Family and Children Services (when it was located on North Madison Avenue), then to Norris Shoe Store. J.T. required special shoes, having very small feet for his body type and age. He grew very fond of Mr. Norris, and they developed a special bond.

He then traveled to Coffee County Bank and Farmers Bank to make his “deposits.” However, his “deposits” were actually more like J.T. picking up the free items that each bank handed out than him actually depositing anything! He also enjoyed hanging out at the local barber shops to talk politics with all of the patrons as they came and went, even vigorously deliberating back and forth with them about his strong political opinions.

Occasionally, he couldn’t resist the temptation to use his bicycle to follow emergency vehicles, sirens blaring, to a fire or medical emergency. And when he had completed his rounds of visiting local downtown businesses and chasing sirens, he ended his long hard day by rocking on the front porch of Sims Funeral Home while waiting for his ride home.

J.T. was also a keen businessman. He worked by handing out business cards for local politicians, but of course, he didn’t do it without compensation of some sort! Also, he sold small bags of peanuts at the tobacco sales in the old tobacco warehouse. One particularly fond memory of J.T. was the day in which he was supposed to be found selling his peanuts at the tobacco warehouse, but nonetheless got caught up in the moment while walking with some of the tobacco buyers, and joined in the bidding! Rumor has it that day was the beginning and the end of his tobacco buying career!

Another job in which he took great pride was being the Assistant Sunday School Superintendent at Douglas First Assembly of God. J.T.’s most important task in this role was to ring the bell to signal the end of the Sunday school hour. He made sure to let everyone know that it was his job to ring the bell, and no one else’s!

One of the illnesses that J.T. had been diagnosed with was one in which the intestines become very painfully inflamed, referred to as diverticulitis. However, J.T. humorously and mistakenly referred to his illness as “tickle-it is.” Special friend, Chuck Sims teased J.T. that they had been forced to rename him “B.W. Anderson” after his illness, which stood for “Baby-Waker” Anderson. Sims claimed that J.T. had moaned and groaned so loudly that he had awakened every infant on the third floor of Coffee Regional Medical Center. J.T. vehemently denied any such accusations.

J.T. loved his God, his home-church of Douglas First Assembly of God, and then in later years, Rocky Pond Baptist Church. According to Bruce Whitley, VP of Magnolia House PCH, Inc., “He was especially fond of church events, homecoming, pastor appreciation days, sings, or revivals; he looked forward to them all.” He lovingly referred to each pastor that served at Douglas First Assembly through the years as “the pastor that hat he loved more than any others.” That was, at least until the next pastor came along!

J.T. Anderson was certainly a beloved gift to our community for a miraculous seventy-seven years. His contagious smile and friendly demeanor will be missed by all who had the pleasure of knowing him or passing him on the streets of Downtown Douglas in years past. So today, let’s raise a tall glass of milk, and a big slice of coconut cake, J.T.’s favorite dessert, and toast our beloved and treasured friend of the community, Jessie Tillman Anderson.

Thank you to special friends and relatives, Chuck Sims, Brenda Solomon Anderson, and Bruce Whitley for sharing their memories and stories about J.T., so that those who knew him may remember him fondly, and those of us who did not have the privilege of knowing him, could be introduced to this man not of special needs but of special deeds, and larger than life character.

More in this category: « 4-H Update Guests at Lakeside Senior Living get creative when visiting friends and family »
Login to post comments