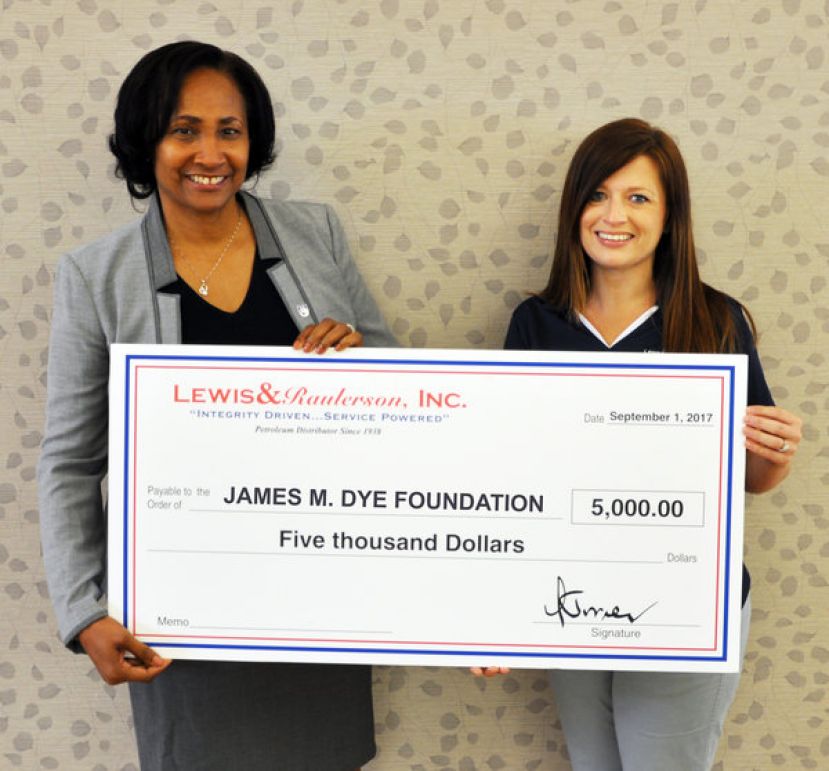 As a student of the former Waycross College, Bill Raulerson has credited his time on campus as the catalyst he needed to ultimately be successful at the University of Georgia and in his career as partner of Lewis & Raulerson, Inc. in Waycross.

Raulerson, a 1982 alumnus and a member of the James M. Dye Foundation’s Board of Trustees, recently provided that same catalyst to students on South Georgia State College’s (SGSC) Waycross Campus by presenting a $5,000 check from Lewis & Raulerson, Inc. to the Dye Foundation. The money has been awarded to eligible Waycross Campus students who were not able to fully meet their financial obligations to SGSC and yet had exhausted all available financial aid options.

“Waycross Junior College certainly prepared me for business school at the University of Georgia,” said Raulerson. “This campus gave me the opportunity to be successful, and I want to make sure students today have that same opportunity.”

“I am fully aware that daily living expenses are rising, as is the expense of earning a college education,” she said. “These dollars have allowed our students to continue their education at South Georgia State College. I am so appreciative of Mr. Raulerson’s vision and desire to provide our students with such a selfless financial resource.”

Founded in 1938, Lewis & Raulerson, Inc. has grown to become a significant distributor of petroleum in the southeastern United States. The company also operates 42 Friendly Express locations throughout southeast Georgia. Raulerson began his career with the company in 1984, was named general manager in 1987, and has been owner/stockholder since 1987.

All contributions to the Foundation are tax deductible to the extent of the law. For more information about the Foundation or to make a donation, please call (912) 449-7510 or email This email address is being protected from spambots. You need JavaScript enabled to view it..