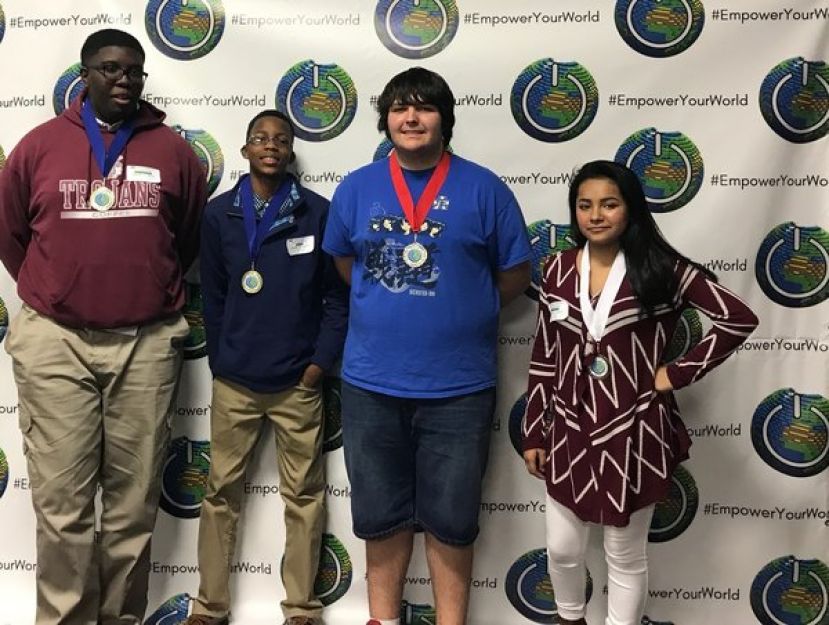 Recently, Tiyel Pace, Marquavius Paulk and Daniela Sanchez, from the Journalism class at George Washington Carver Freshman Campus (GWCFC), went to the Okefenokee RESA Technology Competition to compete in video production category. The competition was held at the Blackshear Elementary School and hosted by the PC STEAM team. Pace and Paulk came in first place with their short film entitled The Baby Eater, and Sanchez received third place for vlog entitled Camino a Mexico. Pace and Paulk will be moving on to state. Unfortunately, Sanchez will not be moving on to state, but she can help support Pace and Paulk along with the Journalism class.

Even though Pace and Paulk won first place in the Okefenokee Technology Competition with their video, their work is not yet completed. Pace and Paulk still have work to do on their video, including editing and reworking a few scenes. It is all in the purpose of making their video even better for people who will judge them at the state competition. "I learned that no video is perfect, and you can always make your project better" stated by Pace, who one first place at the Okefenokee Technology Competition and will now be moving on to the state competition, along with Paulk. What was just a project for school, became a video to go to the state RESA competition.