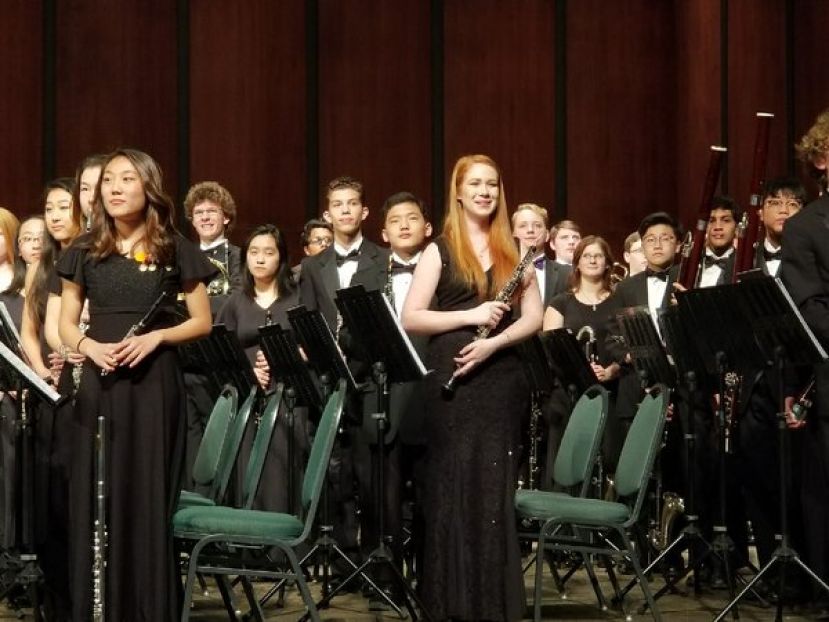 Gracee Myers is a known figure in Coffee County. She is the daughter of Mr. Steve Myers, the Coffee High School (CHS) band director, and Ms. Tania Myers, the CHS Chorus director. With parents as musical as Gracee's, it is no surprise that she is extremely talented in musical arts. She has been performing since a young age and has won numerous awards for her talents. Recently, Gracee played in the All-State 9th/10th Grade Band on oboe, one of her many instruments that she plays. She is the only freshman from Coffee County to ever audition for and be selected into the All-State Band and Chorus. In the All-State Band, she was the first chair oboe. In most concert bands, musicians typically sit in order of skill, first being the most skilled and last being the least skilled, which is the case in the All-State Band.

In addition to playing for the All-State Band and Chorus, Gracee also won the Southeastern United States Concert Band Clinic solo competition, which led her to perform a solo piece at Troy State University in February. She is clearly a very talented and well rounded student. On top of her musical ability, she is an excellent student on the track to become an honor graduate.