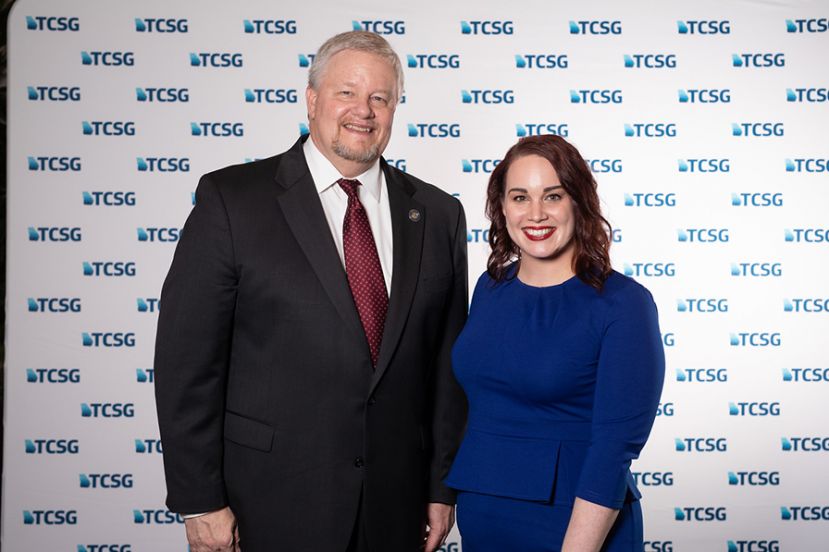 Wiregrass' 2019 GOAL winner Nikki Hinson, a Radiology Technology student, was recently named one of the top nine finalists in the Georgia Occupational Award of Leadership (GOAL) in Atlanta.

Each college winner competed in the regional interviews in February to determine who would be the three to represent each region.  After being named one of the finalists Hinson, along with the other finalists, was interviewed by another panel of judges from across the state.  Heather Williamson of Central Georgia Technical College was named the 2019 state GOAL winner and the recipient of the new car awarded by Kia, the statewide corporate sponsor of the GOAL program.

GOAL, a statewide program of the Technical College System of Georgia, honors excellence in academics and leadership among the state's technical college students.  Local GOAL winners are selected at each of the state's 23 technical colleges as well as one Board of Regents college with a technical education division.

Hinson received a trophy for being named as one of the top finalists and an ipad.  She shared, "When my instructor, Jennifer Ray, first nominated me to compete for GOAL I was nothing short of overwhelmed. I had the honor of meeting some incredible people who had overcome great obstacles, and achieved great success along my journey as Wiregrass' GOAL Winner for 2019. Each competition humbled me to my core. I had the experience of a lifetime in Atlanta including meeting those who are considered to be the top 22 (out of 350k) students in Georgia. With every testimony that I heard, my appreciation for Wiregrass, and the Technical College System of Georgia (TCSG) grew. Then, when I was selected out of the top 22, to be one of nine state regional finalists, my cup runneth over! There is unlimited support to accomplish any dream that you may have through Christ and the Technical College System of Georgia. I am so thankful for every person that has supported me (and continues to support me) on my journey. I will strive to always provide that same support to upcoming students."

Nikki is from Valdosta, Georgia and attends the Valdosta Campus of Wiregrass Georgia Technical College.  She will graduate in May.