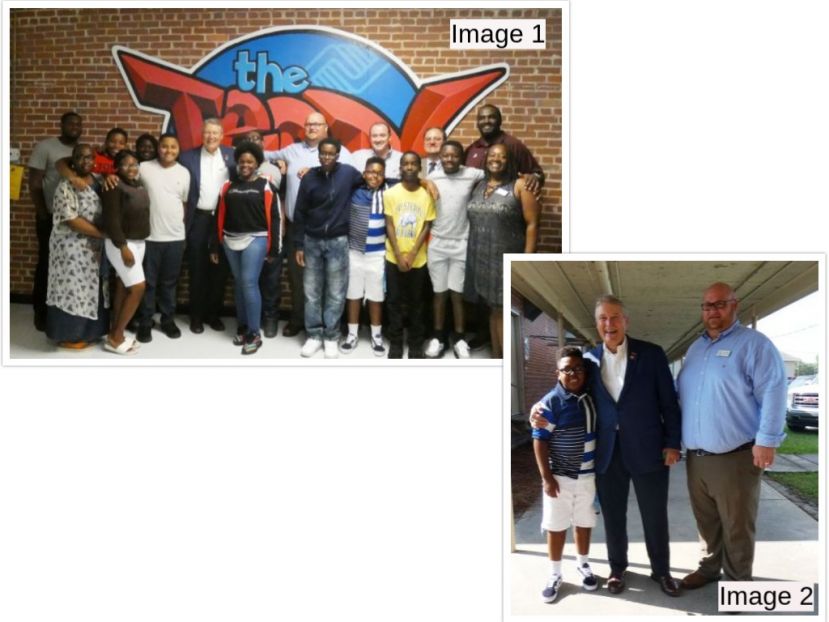 On Thursday, September 5, Congressman Rick Allen, took time out of his busy schedule to visit the new Boys and Girls Club Teen Center on the campus of George Washington Carver Freshman Campus that opened this school year.

The Boys and Girls Club of Coffee County is funded through the 21st Century Grant that is administered through Coffee County Schools, contributions received from local businesses and industries in the Coffee County community as well as local fund raisers such as Kicking It for Kids, Dancing with the Stars and Fireman’s Walk.

A strong proponent of Boys and Girls Clubs across the nation, Congressman Allen was personally invited to visit the new location by Michael “Bull” Brown, the Program Director for both locations; downtown Douglas and George Washington Carver Freshman Campus.

Last year, Mr. Brown was selected as the Georgia Ambassador for After School Programs across the United States.  With his recognition, he was invited to Washington, D.C. where he visited with Congressman Allen and several representatives from the House and Senate promoting the importance of After School Programs.

In speaking with the students representing the Boys and Girls Club, Congressman Allen encouraged them to work hard and always do their best.  He specifically stressed the importance of presenting themselves in a positive light and to use their manners whether in school or when joining the work force.

Congressman Allen publically thanked Dr. Morris Leis, Superintendent of the Coffee County Schools, for his leadership in supporting the development of the Boys and Girls Club in Coffee County.