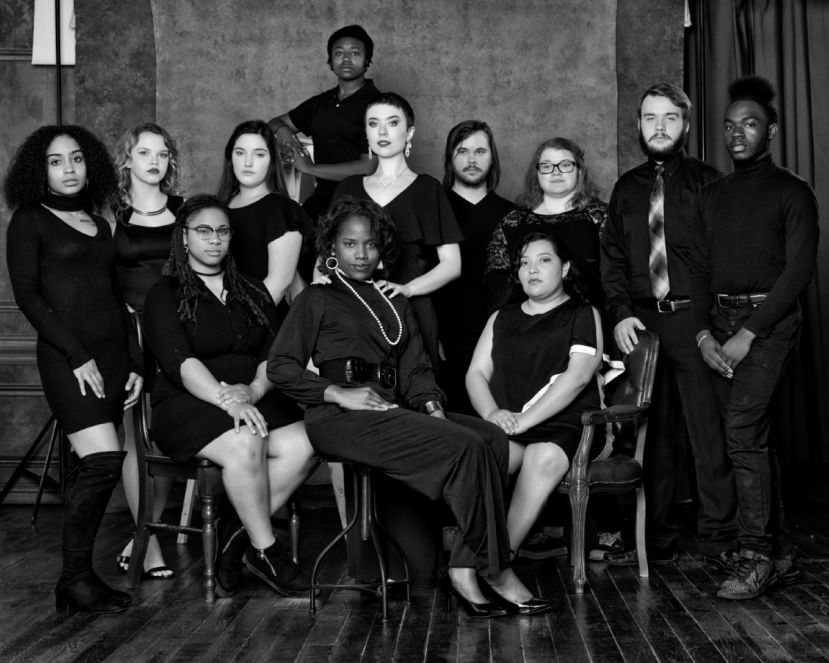 Each year, the Kennedy Center showcases the impressive work in theatre arts from colleges and universities across the country by sponsoring festivals in each of its eight regions in which the most distinguished productions from their area are invited to perform. SGSC's Wit was one of only three shows to perform in Spartanburg from Region IV, which includes Alabama, Florida, Georgia, Kentucky, Mississippi, North Carolina, South Carolina, Tennessee, Southern Virginia, Puerto Rico and the Virgin Islands.

"It was a great honor for this show to be selected to perform at the KCACTF – Region IV Festival," says Katherine LeRoy-Lawson, SGSC assistant professor of theatre and director of Wit. "I am extremely proud of our students for achieving such a wonderful accomplishment, especially considering we are a two-year theatre program at the beginning of our second year of revitalization. The other two schools presenting at the festival were Florida International University and The University of Louisville. Both of these programs feature undergraduate theatre degree programs, and Louisville includes a graduate theatre program as well. We have some amazingly talented students at South Georgia State College! Theatre is highly collaborative, and we are an awesome team, including our stage manager Katelyn Worley, and our technical director/lighting and sound designer, Joseph Rollins, for Wit."

Margaret Edson's touching and intimate Pulitzer Prize-winning play, Wit, tells of Vivian Bearing, Ph.D., a renowned professor of English who has spent years studying and teaching the brilliant and difficult metaphysical sonnets of John Donne, has been diagnosed with terminal ovarian cancer. Her approach to the study of Donne: aggressively probing, intensely rational. But during the course of her illness -- and her stint as a prize patient in an experimental chemotherapy program at a major teaching hospital -- Vivian comes to reassess her life and her work with a profundity and humor that are transformative both for her and the audience. (Description by Dramatist Play Services.)

The original cast included Victoria Highsmith as Vivian Bearing, Ph.D.; A'Kye Smith as Jason Posner, M.D.; Noah Rouse as Harvey Kelekian, M.D./Mr. Bearing; Jesenia Lopez and Tristan Buckhalter as Susie Monahan, BSN, R.N.; Shanya Jackson as E.M. Ashford, D. Phil.; Kerrington Hollis; along with Crystal Francis, Madison Gruber and Rachel Vuong in the ensemble. While most of the original cast will be able to participate, Vuong, Smith and Rouse will not reprise their roles for the festival in Spartanburg.

Originally on the crew as the costume designer, Ivee Cole will take the place of Vuong as a new cast member. Kerrington Hollis is a part of the original cast as an ensemble member and is now playing the role of Jason Posner, M.D. Hunter Moore is a new cast member, playing the roles of Harvey Kelekian, M.D. and Mr. Bearing. Tristan Buckhalter has joined the ensemble and originally shared the role of Susie Monahan, BSN with Jesenia Lopez (who will now play the role of Susie exclusively for KCACTF).

Special recognition goes to Victoria Highsmith, Jesenia Lopez and Kerrington Hollis, all Irene Ryan nominees for their outstanding performances in the November production.

Kerrington Hollis and his partner Tristan Buckhalter were semi-finalists in the Irene Ryan Acting Competition at this year's festival. LeRoy-Lawson also received a Meritorious Achievement Award for Excellence in Direction from Region IV for the production in November. The students gave two outstanding performances in Spartanburg and performed to a sold-out space of over 400 audience members Friday evening. They received a thunderous standing ovation.

For more information about SGSC Theatre Productions, please email Katherine L. Lawson at This email address is being protected from spambots. You need JavaScript enabled to view it..