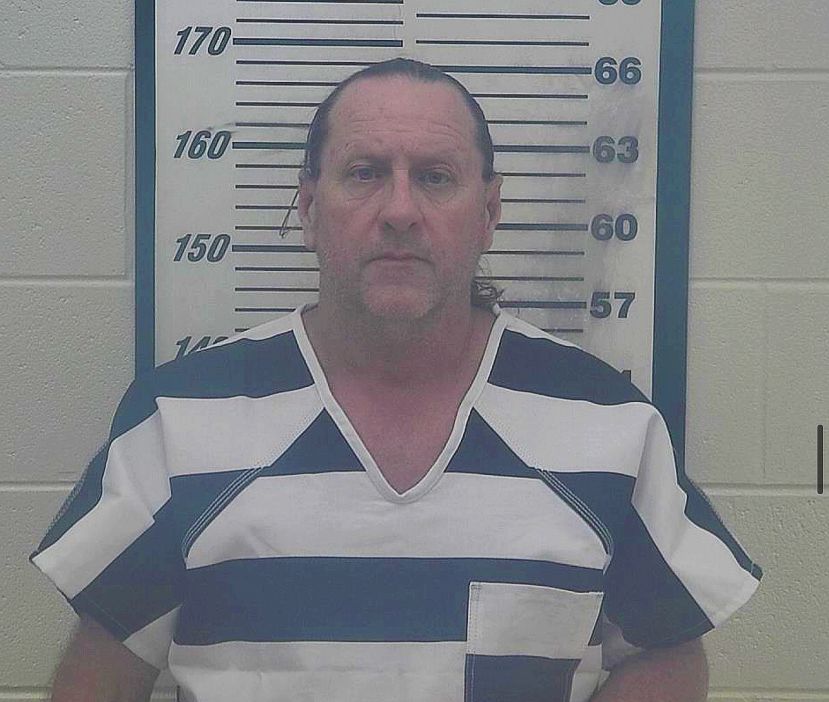 John Ralph “JR” Lott, Jr., a 52-year-old local felon who previously pleaded guilty to pointing a firearm at two deputies, was recently taken back to jail on an aggravated assault charge just a few weeks after being released on bond from the Coffee County Jail.

According to a copy of a Coffee County Sheriff's Office incident report, on March 22, a deputy was dispatched to a residence on Travelers Rest Circle in Douglas after a reported shooting. When the deputy arrived, he made contact with Lott, Jr., the alleged shooter, and asked him if he had fired a gun at someone. Lott, Jr., according to the report, "continued to deny" the accusation.

The deputy stated that while Lott, Jr. also denied having a gun, he admitted to being "in the woods near the residence" of his neighbor, at whom he allegedly shot.

According to Lott, Jr., he asked the neighbor, Clay McKinnon, why he was clearing his land, and McKinnon told him he was on the other side of the fire break. Once McKinnon explained what piece of land he was clearing, Lott, Jr. said he went back home.

However, the victim gave a different story of what had occurred, stating he heard what sounded like a gunshot, but thought it may have been a limb breaking and continued to work. Not long after, McKinnon noticed Lott, Jr. in the wood line of the property, holding a shotgun with a pistol grip. He said a few moments later, he saw Lott, Jr. behind a tree with the gun barrel sticking out. He then, according to the report, pointed the weapon at McKinnon and shot the bucket of the excavator McKinnon was operating.

McKinnon also showed the deputy markings from the pellets, which were photographed for evidence. Lott, Jr. was arrested on one count of Aggravated Assault and Possession of a Firearm by a Convicted Felon.

Just days later, Lott, Jr. was back in court for a bond revocation from his prior arrest in 2020. On those charges, he was indicted on two counts of Aggravated Assault on a Police Officer on April 9, 2020. He pleaded guilty as a first offender and was sentenced to ten years, with the first year being served in jail and the remainder of the sentence being probated.

Due to the bond being revoked last month, Judge Andy Spivey ordered an adjudication of guilt on the 2021 assault charges. He was re-sentenced to 20 years total, with five years to serve in a correctional facility and the remainder spent on probation.

More in this category: « County buys fire truck in Texas, crashes on way back to Georgia Douglas woman jailed after shooting, witnesses say it was in self-defense »
Login to post comments