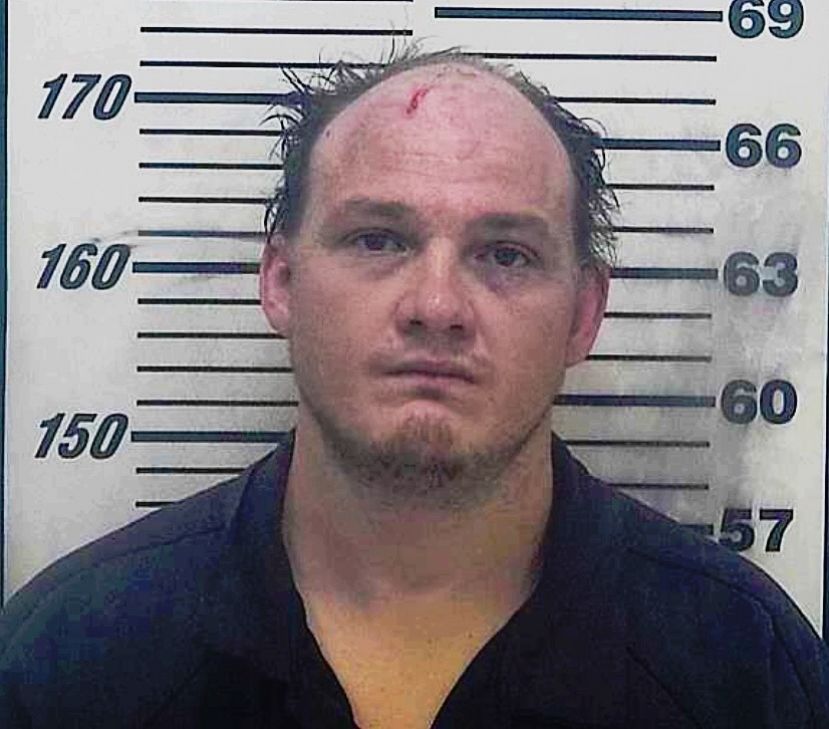 A 29-year-old man is now in custody on 20 charges, including aggravated assault, after he allegedly choked and hit a woman because she didn't make him a sandwich. The suspect, Austin Lowe, was apprehended after an officer pulled his weapon on him while attempting to run back inside the victim's home.

According to a Douglas Police Department incident report, on June 16, around 11:01 a.m., an officer with the department was dispatched to a residence on North McDonald Street where a possible aggravated assault occurred. When the officer arrived, he spoke to the victim, who reported that Lowe "hit her in the face and choked her."

The officer observed marks on the victim's neck "that appeared as if they were from someone choking her." According to the report, the victim also had swelling near her right eye and "more red marks consistent with someone hit in the face." She also told the officer that the alleged assault occurred in front of her five-year-old son.

When the officer asked the victim how the dispute was started, she told him it stemmed from her not making him a sandwich.

As the officer arrived at the scene, he reported seeing Lowe in an SUV stopped at the sign of McDonald Avenue, where he then made a right-hand turn. Another officer at the home left to search for the SUV, and a BOLO was immediately released for the vehicle.

The officer searching for Lowe reported that when he was at the intersection of Bowens Mill Road Southeast and Old Axson Road around 11:30 a.m., he saw the vehicle and began traveling toward him north on McDonald Road.

According to the report, before the officer activated his lights or sirens, Lowe began to speed away. The officer then turned on his lights at the intersection of McDonald Road and Pine Street, and Lowe continued to flee. Then, Lowe "snatched" off the road into a ditch to pass a vehicle in front of him, continuing north. He veered into the opposite lane on McDonald Road and continued to lead the officer on a pursuit.

Lowe cut across the In-N-Out parking lot, ran a stop sign, "nearly crashing into traffic," the officer reported, and continued on East Baker Highway, driving in the wrong lane. Lowe continued to run stop signs and travel in the wrong lane on several streets until he turned onto North McDonald Avenue, where the victim resides.

The officer reported that Lowe pulled off the side of North McDonald Avenue, got out of his vehicle, and began running towards the victim's home. As a result, the officer ran after him and "pulled his duty weapon on him, commanding him to get on the ground." Lowe then got on his knees, and the officer said he holstered his weapon.

The reporting officer and an assisting officer also reported witnessing Lowe attempt to enter the victim's home and see the officer draw his weapon.

On Thursday, June 23, Lowe was granted a bond of $25,000, which his counsel from the public defender's office argued was "excessive." The attorney filed a motion on the same day, seeking a bond reduction. Currently, a judge has not ruled on the motion, and Lowe is still being held in the Coffee County Jail.