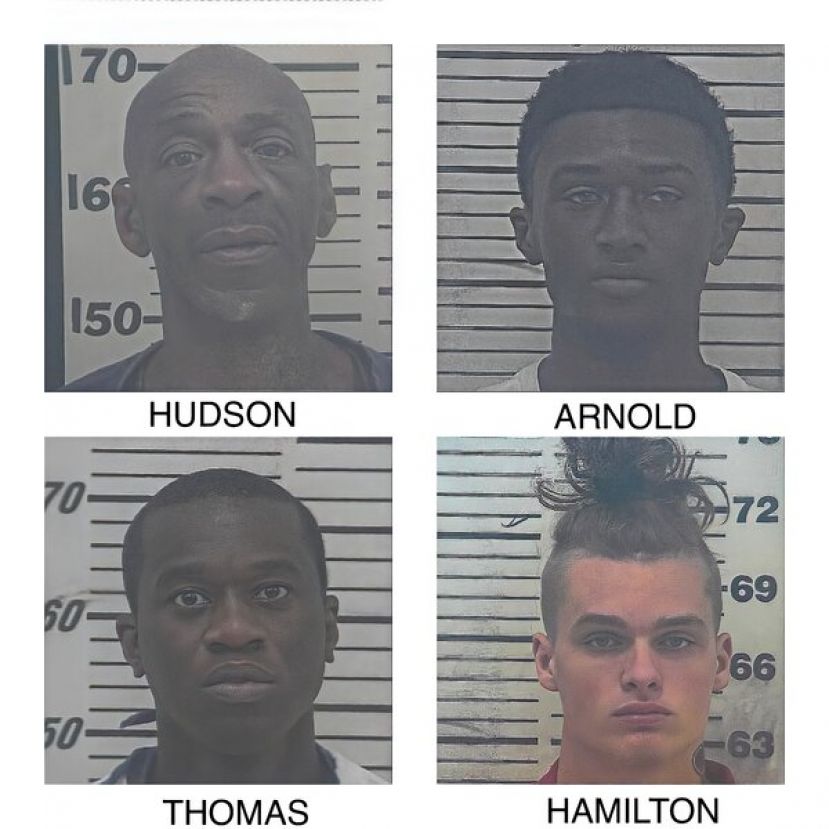 According to a copy of a Coffee County Sheriff's Office report, on June 23, a CCSO detective was advised of an incident in cell B-5 of the jail. The detective reported reviewing security cameras, which showed several inmates committing an aggravated assault around 1:10 p.m. that day.

As a result, Arnold and Thomas, along with inmate Ashton Zane Hamilton, allegedly physically attacked Hudson with a long handle dustpan, a mop handle, and a broomstick.

During the brawl, Hudson is also accused of attacking Arnold and inmate Clayton Lundy with a broken broom handle.

The report also states that five other inmates witnessed the altercation.

The inmates accused of being involved in the dispute are currently awaiting trials on prior felony charges, including murder and aggravated assault.

Arnold and Thomas are both currently held at the Coffee County Jail on pending murder charges. Arnold was indicted on the charge for the January 2022 death of Radderian "Rae Rae" Barnes, with Thomas charged with murder in Clinch County.

Hudson was indicted in February 2022 on multiple charges, including three counts of aggravated assault, fleeing or attempting to elude a police officer, simple battery, and possession of a firearm by a convicted felon. The charges stemmed from an incident in November 2021 when officers reported that Hudson pulled out a .22 rifle at the Circle K on the north end of Douglas and began shooting at two individuals who allegedly made fun of his dog. The indictment also accuses Hudson of ramming his vehicle into a patrol vehicle and punching one of the officers on the scene.

Hamilton was recently charged in several cases, including a slew of armed robberies in Atkinson County. Shortly after his arrest, he was handed down three new counts connected to a robbery committed in Douglas on June 12. In the local robbery, Hamilton is accused of entering a man's home with a firearm, pointing a gun at a woman's head, and stealing a Samsung Galaxy phone and a total of $660 in cash.

One of the inmates Hudson is accused of assaulting with a broom handle, Clayton Lundy, made local headlines after allegedly sexually assaulting a female in the baby department at Walmart on October 31, 2021. He was later indicted on one count of aggravated assault, two counts of kidnapping, child molestation, criminal trespass, and public indecency.

The fifth inmate listed as a victim of the assault, Michael Stone II, is held in the Coffee County Jail on charges of aggravated child molestation and cruelty to children in the 1st degree.

All inmates charged in the altercation remain in the Coffee County Jail.