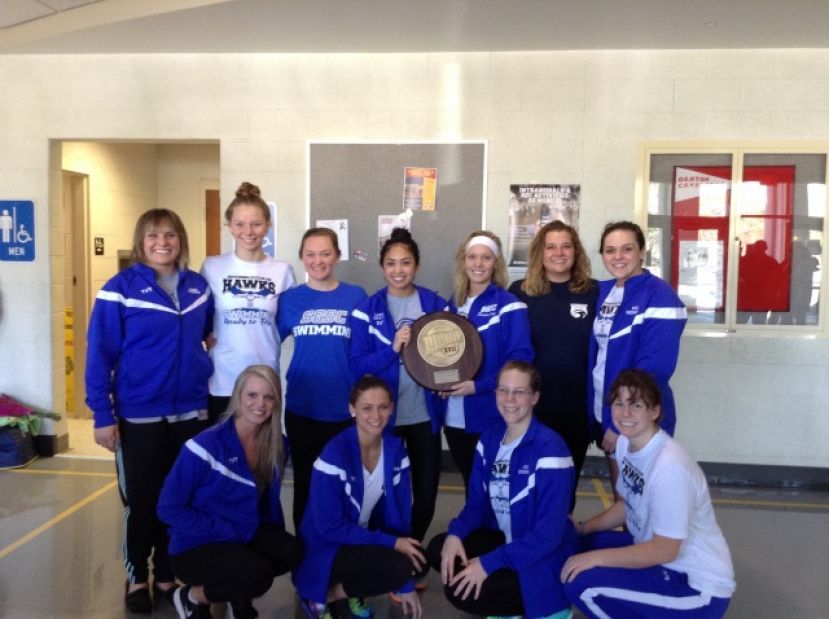 Make it two in a row, ladies.

For the second straight year, the women’s swim team at South Georgia State College won the Georgia Collegiate Athletic Association Region XVII championship. The men’s team took second and brought home a plaque of their own in the process. The region meet took place on Saturday, Feb. 14, at the Darton State College aquatic center.

Sophomore Megan Harding (Thomasville) and freshmen Carolyn Ives (Carrollton) were named tournament co-MVPs. Harding and Ives both won all three of their events to put the women in the lead. Also winning multiple region titles in their events were Bonnnie Brown (Hazlehurst) in the 200 and 100 back stroke and Ryan Davis (Ochlocknee) in the 1,650 freestyle and the 200 butterfly.

“I am excited for our women’s team to repeat as region champions and I’m very proud of our entire team for their showing at the meet,” commented head coach C.M. Jenkins. “We are now ready to begin the final phase of our season in preparation for nationals.”

The Hawks will travel to Buffalo, New York, the first week in March to participate in the NJCAA National Swim Meet at Erie Community College.