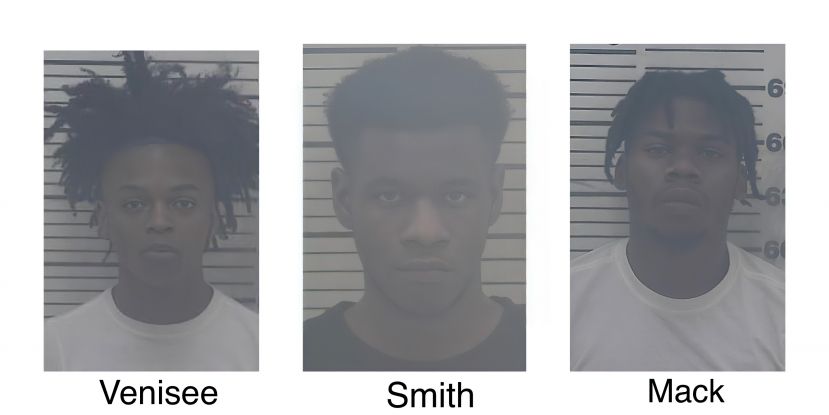 The three wanted suspects involved in the Douglas Police Department’s RICO (Racketeer Influenced and Corrupt Organizations Act) investigation, Ricky James Smith, Zacheyus Venisee, and Chance Kyrell Mack have all been arrested and booked into the Coffee County Jail. DouglasNow also obtained copies of the warrants in the case, which include additional information regarding the charges.

According to a copy of the Coffee County Jail roster, Smith and Mack were booked into the facility on Monday, August 15, after 8 p.m. Venisee was arrested on Tuesday around 10:38 a.m.

A copy of Smith’s arrest warrant accuses him of forging an individual’s name on a “certain check” by writing in amounts over $1,500 on four separate occurrences, totaling $22,934.

The warrants show that counts 6-9 stem from Smith allegedly “willingly and knowingly with intent to defraud the issuer, deposit into a certain account, belonging to an individual, by means of an automated banking device, a false (fictitious) (forged) (altered) (counterfeit) check.”

Two counts of Financial Transaction Card Theft accuse Smith of taking an individual’s financial transaction card without their consent, with the intent to “unlawfully use (sell) (transfer) the said card.

Smith was also charged with four counts of identity theft after he “used identifying information belonging to another person.”

As of Wednesday morning, a copy of Venisee’s warrant has not been made available.

Zykirria Jackson and Macorian Toran Saffold, Jr. were arrested on one count of violation of the RICO Act on August 4. They were each granted a $15,000 bond the following day.

According to an official with the Coffee County Sheriff’s Office, Chance Mack also received a $15,000 bond and has been released from the Coffee County Jail. However, Ricky Smith and Zacheyus Venisee were denied bond and are still held.