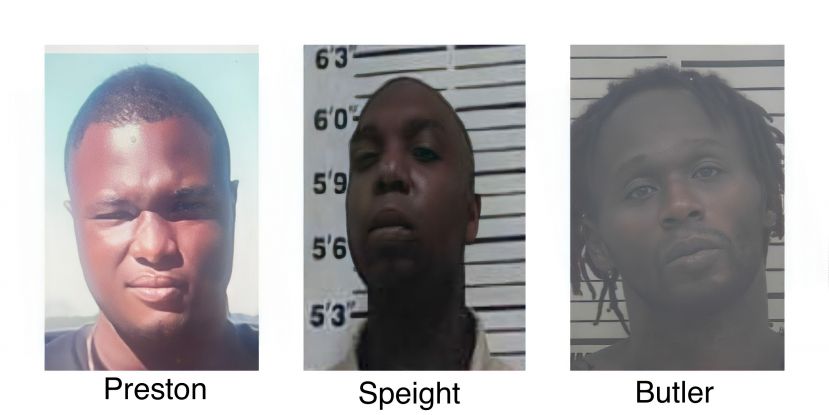 Local court officials had an eventful morning as they prepared for this week's criminal trials, with one defendant being held in contempt as a jury was being selected in his case for shouting during the proceeding. Another individual, Kwame Preston, also chose to fire his legal counsel and represent himself in his trial that carries multiple life sentences. Two other individuals, Carlton Speight and Tipaico Butler, will also stand trial on their pending charges this week.

Jury selection was underway Monday for Leonard Lee Walton, who was charged drug possession (meth and marijuana) and willful obstruction of law enforcement officers (misdemeanor) on New Year's Eve in 2018. During the proceeding, Walton was removed from the courtroom and held in contempt on three separate occurrences due to being disruptive. At one point, Walton commented that he wanted to release his attorneys and represent himself in his trial, which came with a 31-year prison sentence if convicted.

However, Walton pleading guilty shortly after and was sentenced to 10 years probation. He will also have to complete RSAT, a nine-month program that "targets high risk, high needs offenders with a history of substance use as a crime-producing behavior leading to correctional supervision."

Another defendant, Kwame Preston, stood by his decision to represent himself in a jury trial against the state this week, as he faces many life sentences if convicted. Preston was arrested in October 2018 on multiple counts, including aggravated assault, sodomy, armed robbery, and theft by taking.

On August 19, a motion for withdrawal was filed by Preston's representation with the public defender's office, in which he asked that his attorney be removed from the case. The document states his attorney met with Preston in person at the Coffee County Jail and explained if he filed the motion, Preston would either have to hire new counsel or represent himself. According to the motion, Preston understood the decision and still chose against using their services.

The second trial to take place this week will be held the following day, with Carlton Speight facing a charge of possession of a firearm by a convicted felon. Georgia law prohibits any person who has been convicted of a felony prohibited from receiving, possessing, or transporting any firearm. According to the Georgia Department of Corrections website, Speight was convicted of burglary in Bacon County in 2008, and selling/distributing marijuana in 2012. He spent two years in prison, from January 2013 until February 2015.

Documents show that Speight was charged with the possession of a firearm charge in 2020. Any person convicted of a felony who is found guilty of the charge faces up to five years in prison. Speight is being represented by J.J. Strickland of Valdosta and will appear in court for his trial on Wednesday morning.

Tipaico Butler, another man facing a life sentence with an additional 40+ years, will appear in court on Friday during this week's last criminal jury trial. Documents filed in the Superior Court of Coffee County show that Butler was charged with two counts of home invasion, robbery, two counts of criminal attempt to commit a felony, and obstruction of a law enforcement officer in June 2021.

Butler was also on bond at the time of his most recent arrest after being charged with prowling and possession of a sawed-off shotgun/rifle, dangerous weapon, or silencer. He was taken into custody for those charges in August 2019 and released on bond in January 2020.

The case will be heard Friday morning, with Butler represented by the local public defender's office.

A trial in the charges against Michael Clark previously set by Judge Andy Spivey has now been continued. A motion was filed on the morning of jury selection by Clark's attorney seeking a continuance. According to Clark's counsel, Chevene King of Albany, they were served for the "first time" with discovery materials coming from the District Attorney's Office on August 18 "following an attempted but unsuccessful delivery" by the postal service. King stated they needed "additional time to investigate the facts surrounding the charges and review the evidence."

King also filed a motion for immunity in Clark's case on the same day, seeking a pretrial evidentiary hearing due to Clark being "justified in using force against the alleged victim" in the case.

Judge Spivey granted the motion for continuance, and the trial was postponed. At this time, a date for an immunity hearing is not scheduled.

On Thursday, several individuals will also appear in court to enter into pleas on their pending charges.