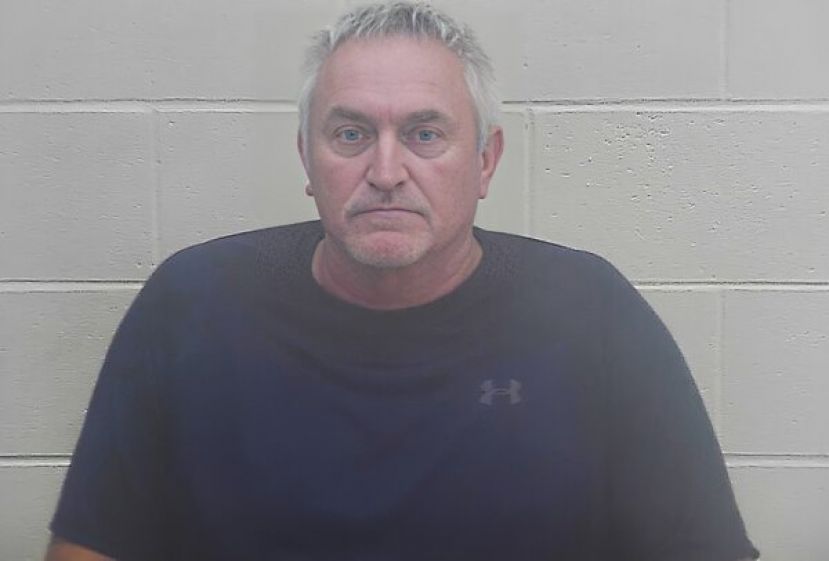 Spell was recently arrested and charged with his third offense of theft by taking since May 2021 after he allegedly stole a cargo trailer from a local business. Spell has spent time in prison previously for similar charges, with his most recent release being in 2019 after a burglary conviction in Coffee County.

According to a Douglas Police Department incident report, an officer was dispatched to a location regarding a possible theft on September 6 around 10:56 a.m. When the officer arrived, he spoke with a sales representative of Circle Double B and was told they had video footage of a vehicle with a white male in a wheelchair allegedly committing the offense.

The individual told the officer he recognized the man, later identified as the 55-year-old Spell from him recently coming by the business asking about "transporting trailers for them and asking who they sold trailers for." The man reported that he answered Spell's questions and gathered his contact information on the day he came by but had offered him a position at the time.

Later that day, a sergeant with the Coffee County Sheriff's Office informed the officer that the trailer, described as a charcoal gray with dimensions of 8.5 ft. wide and 26 feet in length, was parked in Spell's yard in Broxton.

The report states that the reporting officer was notified that the owners of the trailer had spoken to Spell and informed him they were interested in doing business with him after learning the trailer was on his property. The officer was told the time and place they agreed to meet with Spell, and he reported that he he parked in the area of the location and observed Spell pass by in front of his patrol vehicle as he was driving to meet with the men.

Spell was then pulled over by the officer and placed under arrest. He was booked into the Coffee County Jail on charges of criminal trespass, theft by taking, removing or affixing a license plate with intent to conceal, no insurance, and an expired tag.

According to documents in the Superior Court of Coffee County, at the time of Spell's most recent arrest, he was out on bond in two other local cases, both of which he was charged with theft.

Documents show that on May 14, 2021, Spell allegedly stole a cargo trailer from a local business in the amount of $16,999. He was charged on May 21 and received a $5,500 bond that day in the magistrate court. He was also arrested by Monroe County officers for allegedly stealing three Polaris Rangers and trailers from Interceptor Public Safety in Forsyth. The Georgia Department of Natural Resources owned the Rangers and trailers; Interceptor was outfitting the vehicles for the DNR.

Less than a year later, on March 7, 2022, Spell returned to jail after he was charged with theft by taking again for reportedly stealing 350 gallons of diesel fuel, valued at $1,575. He was booked on March 15 and released on a bond in magistrate later that day.

The Georgia Department of Corrections website shows that Spell was released from the Augusta State Medical Prison on December 1, 2019, after pleading guilty to burglary in the 2nd degree in Coffee County in 2015. The website also states that Spell previously spent time in prison on other charges including theft by receiving stolen property (2009), theft by taking (2009), burglary (2010), and possession of a firearm by a convicted felon (2010).

More in this category: « Bo Dukes’s conviction to stand following motion for new trial 'Grace to Forgive' film set to premiere in Douglas on November 19 »
Login to post comments