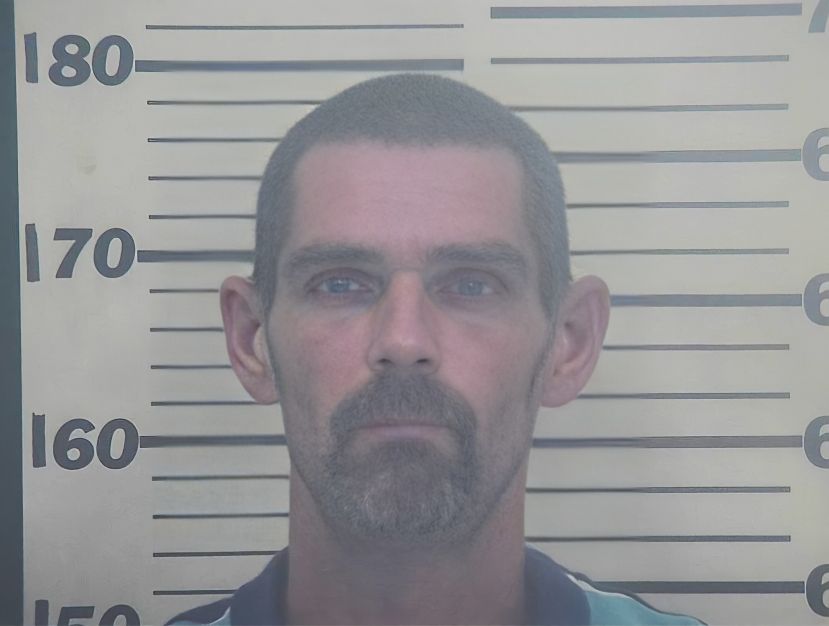 Leroy Allen Welch of Douglas, 39, a convicted felon who previously spent five years in prison on local burglary convictions, is back behind bars after being accused of telling two individuals he would “shoot them in their face” and then firing a gun near both men. The victims also reported that Welch made several other remarks, one in which he allegedly threatened to "disassemble their bodies and spread them across the county."

According to a Douglas Police Department incident report, on September 8, after being informed of a possible assault, officers were dispatched to a local business and spoke with an individual who accused Welch of making threats, pointing a gun at him and another man, and firing off several shots during the incident. The witness told the officer the threats and assault were committed when he was at a residence he was moving out of on West Jefferson Street gathering his items. He also reported that the altercation started when Welch accused him of bringing drugs into the home and throwing a beer can at his vehicle.

The officer reported that the witness showed him cell phone videos of Welch holding "what appeared to be a black pistol and making threats that he was going to shoot them in the face." The footage also allegedly showed "talk of Welch firing off the pistol."

Just a few minutes later, two officers located Welch near the property, standing in the middle of the road with a dog in his arms.

The officer reported that he asked Welch "where the gun was," with the suspect denying owning a gun or having one on him that night. The officer stated that he told Welch what he was being accused of and that he had seen video footage of him holding a gun and pointing it. Still, Welch denied all the accusations, claiming he didn't have a gun but said his daughter did and that he had not touched it.

According to the report, Welch asked the officer if he could watch the video, and the officer said he showed him him a screenshot from the footage of Welch pointing the firearm. The officer commented that despite seeing the image of himself holding the firearm, Welch continued to deny owning a gun and told the officer he could "check his house."

During this time, according to the report, Welch's "attitude continually escalated and grew more irritated. He also exhibited mannerisms of someone who was possibly under the influence."

After further investigation, the officer placed Welch under arrest. Welch then reportedly admitted to having a pocket knife and "a little bit of weed" in his pocket before the search was conducted, which the officer retrieved.

While the officer was conducting the search, two other officers on the scene reportedly located two .380 caliber shell cases, one in the road and the other being under a truck.

The report states that while the officer was transporting Welch to the Coffee County Jail, Welch "continually rambled in the back of the patrol car." According to the officer, Welch also said once he got out of jail, he would "hurt a mother******." When the officer informed Welch that he was “now making more threats,” Welch allegedly responded, "I was making a promise."

Following the booking process, the officer said he received 6 videos from the victim's phone that included "quotes and actions" by Welch during the altercation.

According to the report, the footage showed Welch pointing the gun and stating, "I'll kill all of you in the face, I'll shoot you in the face bro. You understand me? I'll kill all you mother f***** and disassemble your bodies, and I'll spread y'all across the g** d*** county." The report also said that the footage showed additional threats, including Welch stating he would "kill everyone in the world."

The Georgia Department of Corrections website shows that Welch spent May 2004 until September 2009 in prison for five separate local burglary convictions. The document shows Welch convicted on the charges of in March 2000 and three counts for the offense in December 2003. Although Welch's maximum release date is listed as January 2011, he was released from prison on September 23, 2009.

Welch was taken into custody on two counts of aggravated assault, reckless conduct, discharging a firearm while under the influence of alcohol or drugs, illegal possession of a controlled substance, and receipt, possession, or transfer of a firearm by a convicted felony.

A copy of the September 19 jail roster Welch was denied bond and is currently booked in the Coffee County Jail.