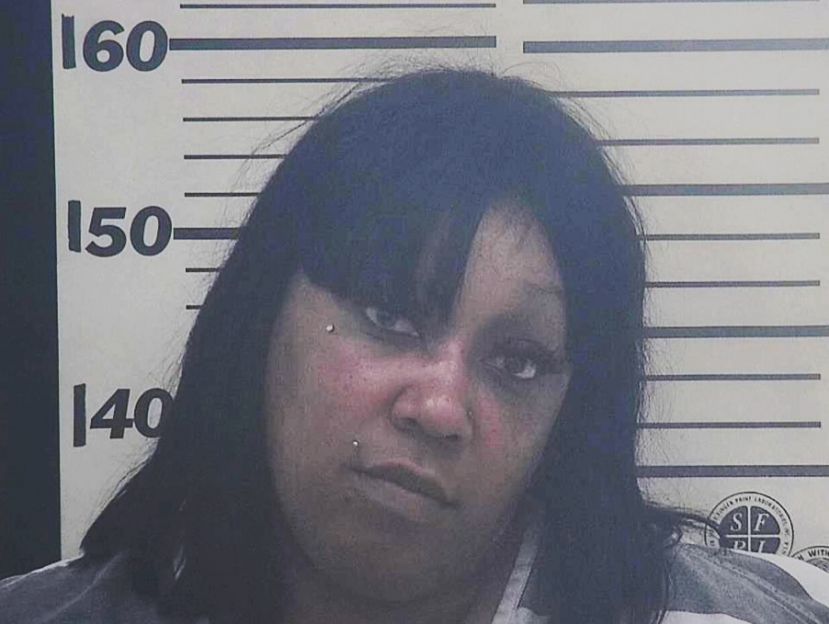 Shareka Denson of Jacksonville, Florida, was recently arrested for allegedly attempting to steal a cargo trailer from a business in Douglas. According to an incident report, Denson is also suspected of being involved in a hit-and-run incident in August, which occurred on the same night she was pulled over for pulling a cargo trailer with no tag.

The report states that on September 13, an officer was dispatched to a business on Johnson Street in Douglas in reference to a theft. When the officer arrived, she spoke to the complainant, who said a black SUV was parked in the middle of the cargo plant and individuals inside the vehicle had been seen on surveillance video attempting to steal a trailer.

The officer drove over to the vehicle and made contact with Denson, who was reported to be in the driver's seat of the vehicle. When the officer asked her why she was on the property, Denson claimed her boyfriend, who she identified as Maurice Smith, asked her to pick him up from work at the location. The complainant, who is also an employee of the business, told the officer there was no employee by the name of Maurice Smith.

The complainant then showed the officer footage from his cell phone, which reportedly showed two males "snooping" around the cargo trailer area and then fleeing when the officer arrived. Additional officers were then called in to help assist in locating the two suspects.

The owners of the trailers were also on the scene and told the officer that a cargo trailer had been stolen the night before around the same time. The men also had video footage, which reportedly showed the black SUV pulled in, turning their headlights off, and two males jumping out of the vehicle. The officer said both men, who she said were wearing hoodies, were then seen walking over to a trailer and began looking around using a flashlight. The video then showed the officer pulling into the location, with one of the men shown running toward North Gaskin Avenue while the other was seen staying back and hiding behind one of the trailers. The second suspect, who did not leave the property, was shown running in the same direction as the first suspect a few moments later.

Denson was then placed in handcuffs and informed that she was being detained for the time being. As other officers were attempting to locate the two other suspects, Denson allegedly kept receiving phone calls from a 904 number. When the first call came through, the officer told Denson to answer but not say anything. However, Denson answered the phone and told him she was "out with the police" and the male hung up "immediately."

According to the report, Denson received several other incoming phone calls from a private number, and the officer asked her to answer and again told her to not tell the caller she was with the police. While Denson was on the call, the caller, who was a male, asked her if she was okay, and Denson reportedly replied, "No, because I am going to get arrested for something I did not do." Again, the male hung up.

The officer told Denson she could "no longer lie" about the incident due to her being seen on camera driving into the location with the males. When the officer asked for the name of the person who kept calling her, Denson responded that it was a "male she was supposed to be talking to, AKA Mike." She then told the officer she picked the two males up from a store a few miles down the road and was asked to take them to the location so that they could "peep" the area but did not know why.

At that time, Denson was arrested for prowling and placed on a 48-hour hold.

While Denson and the officers were still at the scene, a corporal with the department looked at the vehicle's tag number, which he said showed it had been pulled over on August 30 at around 3:00 a.m. by a deputy with the Coffee County Sheriff's Office. When Denson was questioned about the male by the corporal, she identified him as Maurice Smith from Florida, but the officers reported they were unable to locate anyone in the system with that name through Florida. The corporal commented that the report from the traffic stop on August 30 showed that she was with a male by the name of Arquvis Smith from Florida, as well as a third unidentified passenger in the vehicle.

While Denson was waiting to be booked at the Coffee County Jail, she asked the corporal what she was being charged with. He said he informed her that, as of now, she was only being charged with criminal trespass but once the investigation was completed, she may be charged with theft by taking and conspiracy. He also told her she may be charged with a hit-and-run incident that occurred on August 30 involving a black SUV pulling a black cargo trailer. Denson was "quiet for a few moments" and then told the officer she was not driving on the night the hit-and-run took place, but was driving the vehicle that night.

The corporal said he spoke to the officer who conducted the traffic stop on August 30. According to that officer, he pulled the vehicle over for pulling a cargo trailer without lights and with no tag. He said the passenger, identified as Arquivis Smith, was identified so he could drive as she [Denson] did not have a valid license. The third individual in the vehicle that night, according to the officer, was not identified because he was not going to be driving. He also stated that Denson, Smith, and the third passenger stated they were going back to Florida.

According to the reporting officer, the hit-and-run under investigation occurred "along the path that would have been taken on their way back to Florida."

Further investigation led to Denson being charged with a criminal attempt to commit a felony, criminal trespass, and prowling. At this time, charges have not been filed against Denson for the hit-and-run accident on August 30.

Denson was released from the Coffee County Jail on a property bond on September 19.