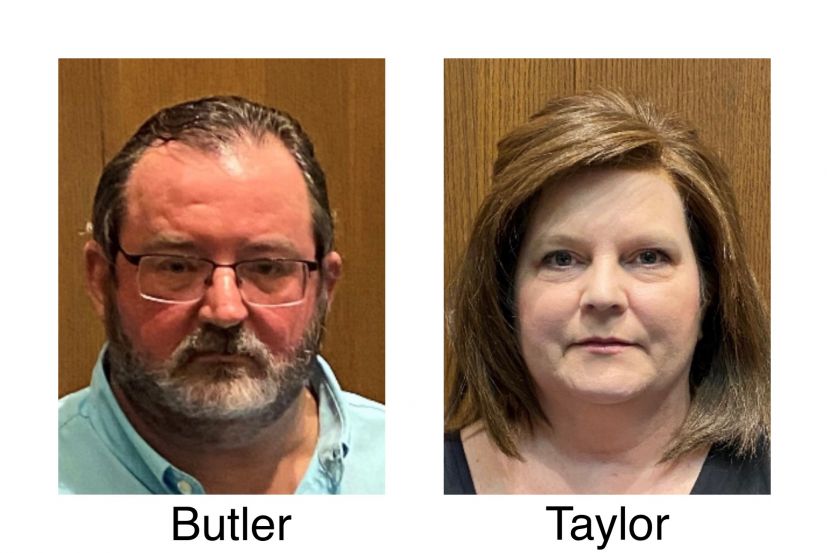 Two healthcare professionals, Wandle Keith Butler and Bridgett Stephanie Taylor, were recently sentenced after pleading guilty to their participation in a "drug trafficking conspiracy" that occurred at practices owned and managed by Dr. Wallace Steve Anderson. Dr. Anderson, who pleaded guilty in July, faces up to 5 years in prison and will be sentenced next month.

All three defendants pleaded guilty to one count of conspiracy to unlawfully distribute and dispense Schedule IV controlled substances.

Taylor and Butler were both sentenced by a federal judge, with Butler receiving prison time.

Butler was sentenced to an 18-month prison term, followed by three years of supervised release. He was also ordered to pay $2,296.29 in restitution.

While Taylor will not be serving time in prison after receiving 48 months of probation, she will have to pay $20,000 in restitution.

The case first made headlines on October 6, 2020, when Anderson was arrested after multiple agencies executed federal search warrants at his local medical practices and Douglas home. The search began around 9:00 a.m., with detectives collecting and seizing evidence all day.

Later in the day, Anderson was booked into the Coffee County Jail on one count of possession of a Schedule III controlled substance in violation of the Georgia Controlled Substances Act. He was released on bail the following morning.

Almost a year later, Anderson, Butler, and Taylor were all charged in a 52-count federal indictment, accusing the three healthcare providers of a conspiracy to distribute "massive quantities" of controlled substances, "including highly addictive opioids." The indictment alleged that the three defendants operated or assisted in operating "normal pain management and addiction facilities which dispensed controlled substances without any legitimate purpose."

Officials also stated the crimes occurred for more than four years, from February 1, 2016, until September 30, 2020.

Anderson was the owner of two Douglas-based practices, Steve Anderson, PC, and Steve Anderson Behavioral Health, with Taylor working under Anderson as a Nurse Practitioner, and Butler working as a Physician Assistant for the practice.

DOJ officials released a statement earlier this year, announcing that both Anderson, Taylor, and Butler pleaded guilty to their participation in the scheme. The release stated, "A Coffee County physician and two of his employees have admitted to participating in a drug trafficking conspiracy that distributed massive amounts of addictive controlled substances from a pain management clinic."

The release also said that in pleading guilty, Anderson and his employees admitted that for four years, his nominal pain management and addiction facilities distributed alprazolam, temazepam, and clonazepam "not for a legitimate purpose and not in the usual course of professional practice." The defendants committed the act, according to the release, by providing pre-signed refill prescriptions before patients were examined by the physicians.


Anderson is scheduled to be sentenced in federal court on October 27. Officials stated that Anderson's plea subjects him to a punishment of up to 5 years in prison, followed by at least one year of supervised release and substantial financial penalties.

The investigation was conducted by the U.S. Drug Enforcement Administration's Savannah Resident Office, the Internal Revenue Service Criminal Investigations, the Jeff Davis County Sheriff's Office, and the Health and Human Services Office of the Inspector General. Federal prosecutors for the case were Assistant U.S. Attorneys Matthew A. Josephson and Bradford C. Patrick.