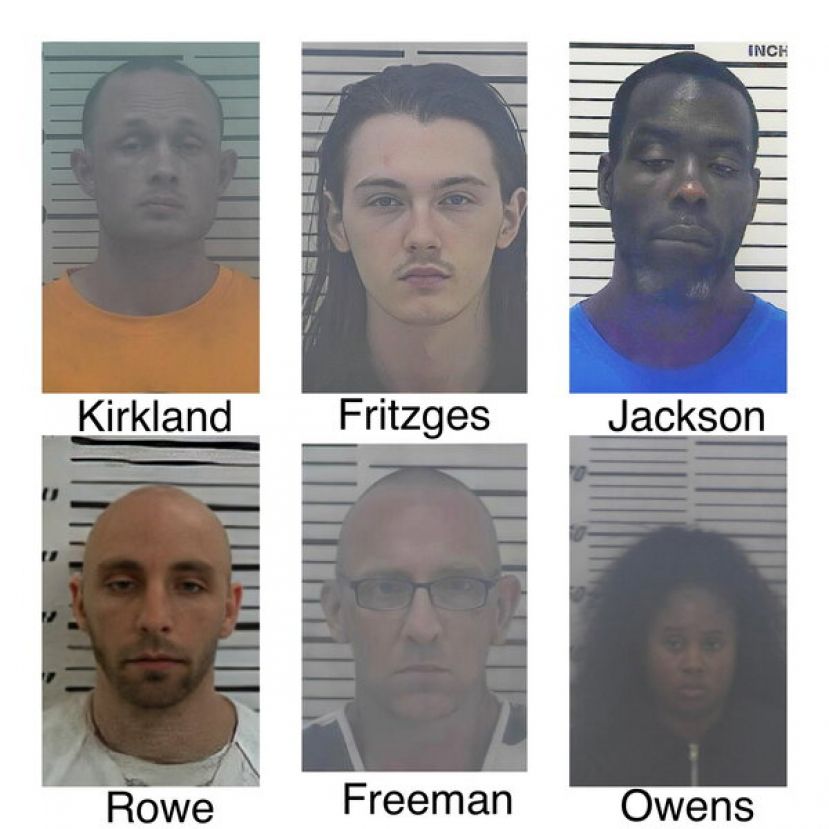 Six individuals who were recently arrested received indictments on their charges from the Coffee County Grand Jury last week. The cases include charges of rape, aggravated assault, furnishing prohibited items to inmates, trafficking meth, failure to register as a sex offender, and burglary.

Freeman was indicted on one count of trafficking methamphetamine after the Coffee County Drug Unit arrested him on the charge in July. The incident report stated that during a search warrant at a residence on Red Clay Road in Douglas, suspected methamphetamine and four firearms were discovered. Freeman was said to be one of four individuals arrested for the offense after detectives claimed they witnessed him exiting the back bedroom when they made entry into the home.

The indictment states that Freeman "possessed more than 28 grams of methamphetamine, a schedule II controlled substance, in violation of the Georgia Controlled Substance Act, contrary to the laws of the said State."

According to a copy of the Coffee County Jail roster on Wednesday morning, Freeman has been held in the facility since his arrest in July.

The Coffee County Grand Jury issued a total of five indictments against Kenneth Fritzges, 20, of Broxton, who was arrested at his home on one count of rape in July. However, after hearing  the evidence in the case, the grand jury gave Fritzges four additional counts, including three counts of incest and one count of aggravated sexual battery. Deputies with the Coffee County Sheriff's Office were told of allegations involving the crimes on July 18 by an individual who said they knew the defendant and that he had told him about the crimes. The complainant told the deputy that Fritzges wanted to turn himself in and would be waiting for law enforcement at his home. When the deputy pulled into the residence, Fritzges was waiting for him in the driveway. He was taken to the Coffee County Jail, where he has remained for the last two months.

A video that circulated on social media showing an individual identified as Jackson choking a man in a vehicle led to Jackson's indictment on an aggravated assault charge. The video was posted on July 17, with Jackson threatening to “put the victim to sleep” while the incident was occurring. The video was turned over to the Douglas Police Department, and Jackson was arrested on July 28 at a local motel. In August, Judge Andy Spivey granted Jackson a $10,000 bond with special conditions, including a no-contact order with the victim.

The Coffee County Sheriff's Office charged Kirkland, a 32-year-old from Douglas, with burglary after an incident that occurred in June. According to the indictment, on June 10, Kirkland "with the intent to commit a theft, entered the unoccupied dwelling house of another, Kenneth Michael Kirkland, located on Mosswood Road." He was arrested on the charge on June 13 and was denied bond in the magistrate's court. A burglary conviction can result in up to 20 years in prison.

The only woman to be indicted in September, Patricia Owens, is facing one count of furnishing prohibited items to inmates. A copy of the indictment states that investigators charged Owens with providing two cell phones to an inmate, George Owens, on July 23, 2022. Owens has been incarcerated since 2019 on several convictions in Charlton and Chatham counties. Owens, a 31-year-old female from Kingsland, was booked into the Coffee County Jail on the charge and received a $5,500 property bond the next morning.

The last defendant, Rowe, has been in jail since July 1 after being accused of failing to register as a sex offender. Rowe appeared before Judge Andy Spivey in August for a bond hearing, which was denied, and was referred to as a habitual violator of the offense. According to the Georgia Department of Corrections, Rowe was convicted of aggravated child molestation in Atkinson County in 2007 and has spent close to three years in prison for the offense, and then returned in 2013 after failing to register. Since then, he has reportedly been in and out of jail and sent back to prison for violation of his requirements as a sex offender. His case will now continue to move forward in the Superior Court of Coffee County.

The individuals are scheduled to appear in court for their arraignments on November 9.