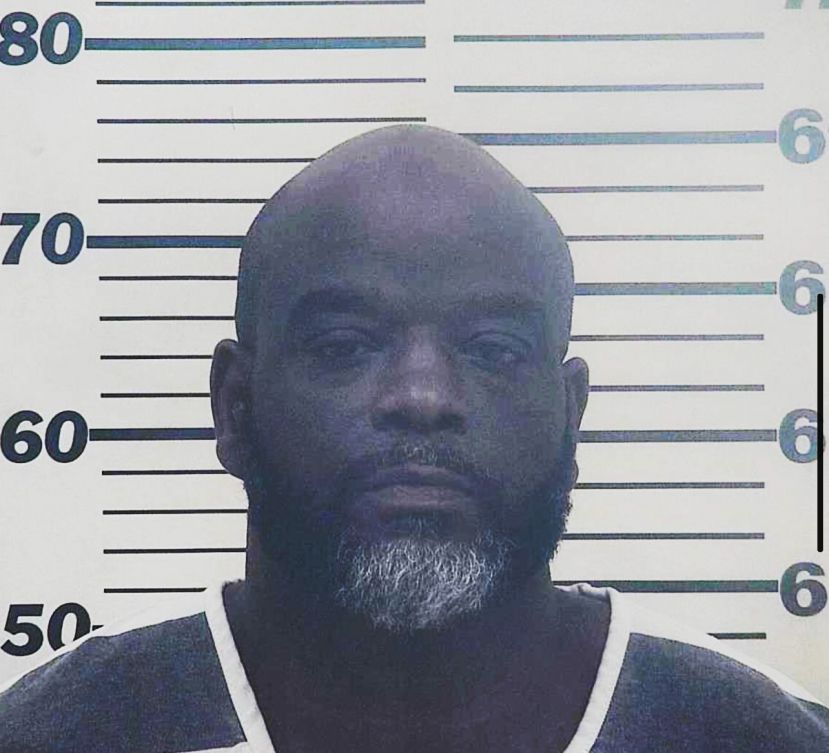 Jimmy Andre Crumbry, a convicted felon who has served several stints in prison, is now facing an aggravated assault charge against a police officer after he allegedly rammed into her patrol car as he was fleeing a traffic stop. The officer also reported having witnessed Crumby "waving a gun around" when he exited the vehicle, causing her to leave the scene and request backup.

According to a Douglas Police Department incident report, at around 9:08 p.m. on Sunday, an officer with the police department reported that she was traveling south on North Gaskin Avenue, just past Alunza Street, when she observed a vehicle failing to maintain its lane. She stated that she then attempted a traffic stop but the vehicle wouldn’t pull over. The driver, later identified as Crumbry, was reported to have slammed on the brakes and slowed down, but refused to stop.

The officer reported that it appeared as if Crumbry was going to stop on the shoulder but he was "slowly still rolling." At this time, she advised 911 of her location and told them the vehicle was not stopping. Right before Crumbry turned onto East Leon Street, he "failed to maintain its lane once again, and as soon as he passed Leon Street, he sped off, not stopping at the traffic light of North Gaskin and East Walker Street."

The officer radioed a sergeant and reported that Crumbry had sped off. The sergeant instructed the officer to stay with the vehicle a little longer. She continued to follow behind as the vehicle then turned left on East Peachtree Street and stopped briefly at the corner of East Peachtree Street and North Gaskin Avenue. The officer reported that she thought Crumbry was going to jump out on foot and run but instead he put his vehicle in reverse and rammed it into her patrol car. He then sped off again, traveling east "almost hitting another vehicle" in the roadway.

The officer followed as Crumbry attempted to get away. According to the report, as Crumbry approached North McDonald Avenue, he turned left onto North McDonald and he reportedly tore down the back fence of a property on East Peachtree Street and came to a complete stop in the backyard of the residence.

Crumbry allegedly then jumped out of his vehicle and was waving around what appeared to be a pistol.

The report states, "Being that Crumbry had more advantages than I did, I was worried he was going to start shooting, so I decided to abort the scenario and turned back onto Franklin Street. I advised that Crumbry was on foot and possibly had a pistol. "

According to the officer, she then circled back around to where the vehicle was and saw two individuals standing outside. She reported that she asked them if they had seen or knew the driver. Both claimed they had no idea who the person was, with one stating that when he opened his front door to see what was going on and saw a man wearing a white t-shirt running south on McDonald Avenue. They both stated that they lost sight of him after witnessing him run behind another home.

The officer stated that she walked over to the suspect's vehicle and noticed a strong odor of alcohol and marijuana coming from the car. Another officer arrived and radioed 911 to dispatch state troopers to the scene.

The officers searched the vehicle and found several beer bottles and an open container of Bud Light sitting in the cup holder that was "still cold to the touch." She also found a black wallet sitting in the driver's seat that had Crumbry's birth certificate inside. When she ran Crumbry's name and date of birth through 911, dispatch informed her that Crumbry had a suspended license for implied consent but had no outstanding warrants.

Coffee County Sheriff's Office deputies and officers with the Broxton Police Department also assisted and a tracking hound was brought in to locate Crumbry. At around 11:17 p.m., Crumbry was located "hiding underneath some bushes" on North McDonald Avenue. According to the report, the pistol was never discovered.

The registered owner of the vehicle arrived on the scene after Crumbry had been transported to the Coffee County Jail. The driver told the officer that she and Crumbry had been drinking since about 2:00 p.m. that day but that she had fallen asleep and woken up around 9:00 p.m. She then realized that Crumbry had left in her vehicle without her permission and said she had been out searching for him in different areas in the city. The officer said told the owner of the vehicle she could apply for a warrant at the magistrate's office for the theft of a motor vehicle.

According to the Georgia Department of Corrections website, Crumbry was released from the Coastal State Prison in February 2020 following a four-year sentence. He is also reported to have spent 5 terms in prison after convictions in Thomas County for possession of marijuana (2x), aggravated assault (2x), and aggravated stalking.

Crumbry was arrested and booked into the Coffee County Jail on multiple charges, including aggravated assault on a law enforcement officer while on official duty, hit-and-run, DUI, open container, failure to maintain lane, and failure to comply with headlight requirements.