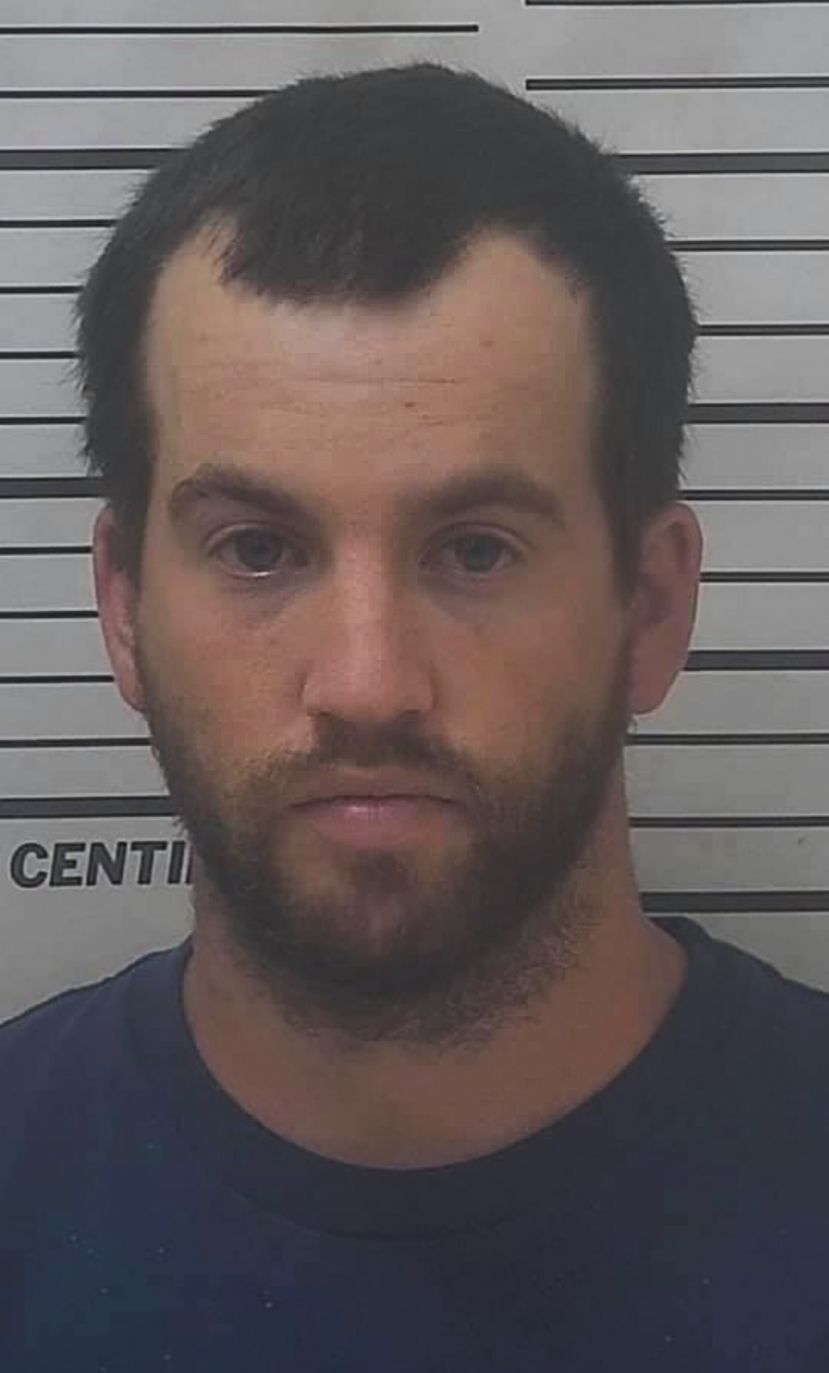 This morning, Matt Lewis pleaded guilty to tampering with evidence connected to the 2020 death of Vann Brown. After court was adjourned, those who were still in the courtroom witnessed an emotional moment as Vann Brown's mother got up from her seat, and walked over to Lewis, who had just walked into a hallway, to hug him.

Lewis entered the plea this morning following the conclusion of a status conference for the seven cases associated with Brown's death. Lewis' attorney, Clint Lott, informed the judge that the case was "most likely heading" in the direction of a plea, but there were a few matters he wanted to discuss with Assistant District Attorney John Rumker before a decision was made.

The status conference was adjourned, with Judge Brooks giving Lott and Rumker time to discuss the plea. Shortly after, the judge returned to his bench, and Lott announced that Lewis was set to plead guilty to the charge.

Judge Brooks said that Lewis was eligible for pleading under the first offender's act and informed him that if the case went to trial, he would face a maximum sentence of ten years if convicted.

When Judge Brooks asked Lewis if he was "in fact guilty," Lewis responded, "Yes sir."

Rumker was asked to provide the judge with the facts of the case and what led to Lewis being charged with the crime. Rumker said that Brown was at a wedding reception at Jeffery Harper's residence on the night of his death, and at some point, he was asked to leave. According to the statement, Brown was walking up the hill to his vehicle when "a group of individuals got behind him and began making threats."

"A witness said it looked like Brown may have been going to get a gun and then the group of men jumped Vann Brown. He was struck on the head and the leg with a baton during that altercation. Matt Lewis made his way up there and Justin Anderson [who is facing murder and aggravated assault charges in Brown's death] handed him the baton and told him to get rid of it," Rumker continued. "Matt Lewis took the baton into the woods and hid it underneath some pine straw. Justin Anderson asked him when he returned what he did with the baton, and he told him he was done and walked away."

Rumker commented that Lewis spoke with a Georgia Bureau of Investigation detective the following day, confessed to his actions, and led law enforcement to the piece of evidence.

Judge Brooks inquired as to whether Lewis was specifically questioned about the baton or if he "told them that on his own." Rumker informed the judge that Lewis disclosed the information to an investigator himself and "initiated getting the baton evidence to law enforcement after hiding it." He also noted that Lewis "did not lead Justin Anderson to the baton's location."

While the judge agreed that Lewis was eligible to enter the plea under the first offender's act and said he "had no issue accepting the negotiated plea," he asked Rumker if Brown's family had consented to the plea. Rumker stated, "We have spoken to them. They told me that they were okay with probation and didn't feel like he deserved prison time since he did not take Justin Anderson back to the baton, so it wasn't hidden any further. So yes, they are satisfied with the plea. "

Judge Brooks addressed Lewis and said, "Well, you made a mistake, but after you made the mistake, you didn't compound it."

Rumker added that he had informed Lewis that he might — and probably would — be called to testify "against whoever or whatever" in the three murder cases.

Lewis' plea was accepted by the judge, who sentenced him to three years of probation, a $1,500 fine, plus court costs, along with general and specific requirements. His probation also came with a special stipulation that he "testify truthfully" in any upcoming hearings and trials involving Brown's death.

"Your honor, my client has cooperated with everyone who has asked anything of him this entire time, and that will not stop today," Lott stated.

If Lewis violates any of the conditions, his probation can be revoked and he will be at risk of being re-sentenced, in which case he would face a 10-year prison term.

The status conference consisted of attorneys giving a brief update on the status of the cases. Jeffery Harper, who is facing charges of murder, was in attendance with his attorney, Franklin Hogue. Hogue told the judge there were a few motions he planned on filing by the end of November, but would be ready for trial by the end of January.

The state also agreed that they were prepared for trial, with the trial date of January 30 being agreed to by both attorneys and Judge Brooks. A motion hearing will take place before the trial.

Rumker told Judge Brooks the state had filed a motion to consolidate the trials of the two other defendants charged with murder and additional counts, Justin and Jason Anderson.mHowever, if the motion is not granted and the trials were to be held separately, Rumker said they planned on a jury hearing their case against Justin Anderson first.

Attorneys for both Justin Anderson and Jason Anderson were present and stated that they would need time to review the motion and consult with their clients about it. Although both attorneys stated they were not ready for trial at this time, they believed that once they both filed pre-trial motions, went over other evidence, and the motion for consolidation was discussed and heard, a November trial date should not be an issue. The tentative trial date for the cases remains November 15, with jury duty taking place the day before.

A motion hearing has been set for November 1 at 3:00 p.m. regarding the state's request to consolidate the cases. Any other pre-trial motions filed by the Anderson brothers have also been scheduled to be heard on November 9 at 1:00 p.m.

The attorneys for those facing a misdemeanor charge of reckless conduct, Corey "Bodi" Johnson, Daniel Anderson, and Morgan Lewis, all announced that they were ready for trial. Rumker, however, asked that the cases be continued until the conclusion of all three murder trials.

DouglasNow will continue to cover all upcoming hearings and release new information on the cases as it becomes available.