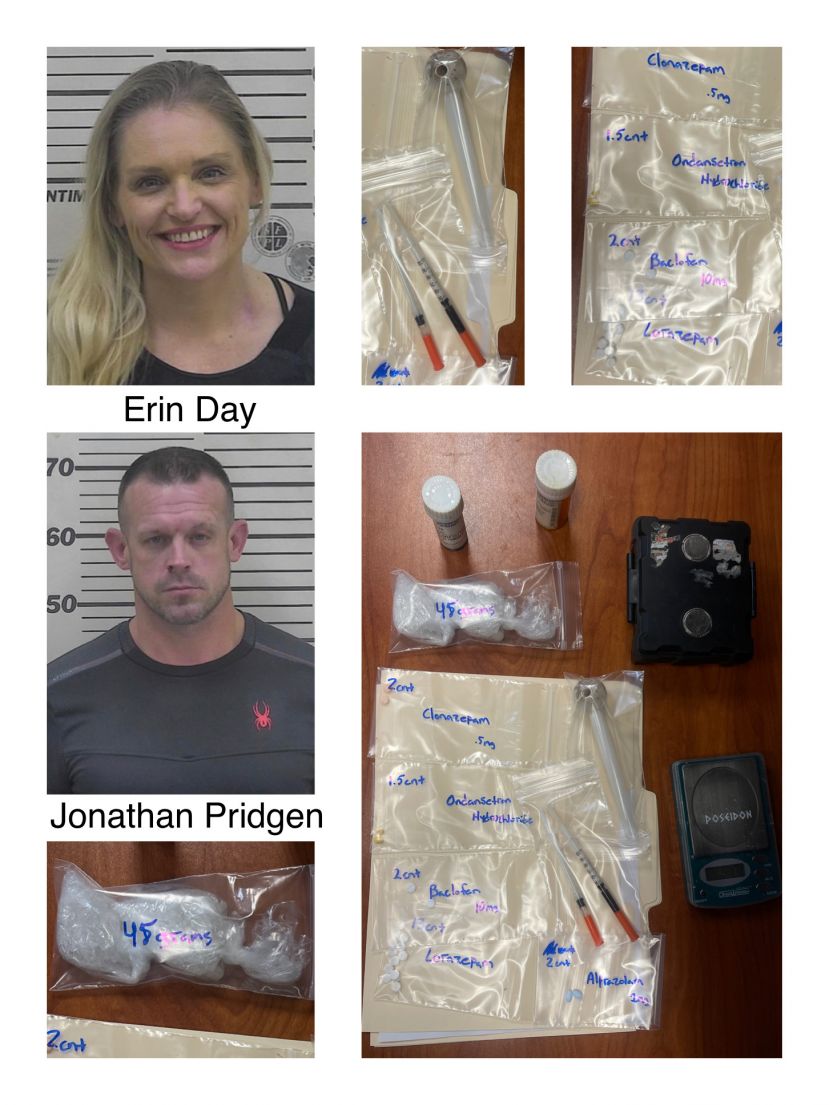 The Coffee County Drug Unit busted Jonathan Vernon Pridgen and Erin Morgan Day on trafficking charges after discovering over an ounce and a half of suspected methamphetamine, multiple pills, and suspected heroin during a search of their vehicle over the weekend.

Around 10:30 p.m. on Saturday night, officers pulled over Day and Pridgen for failure to maintain lane as they were entering the golf club area. Officers searched the vehicle and, with CCDU investigators and assistance from Mason Cater, one of the Douglas Police Department’s K-9 Unit officers, discovered 45 grams of suspected methamphetamine, multiple pills, and a quantity of suspected heroin.

Both are being held in the Coffee County Jail.