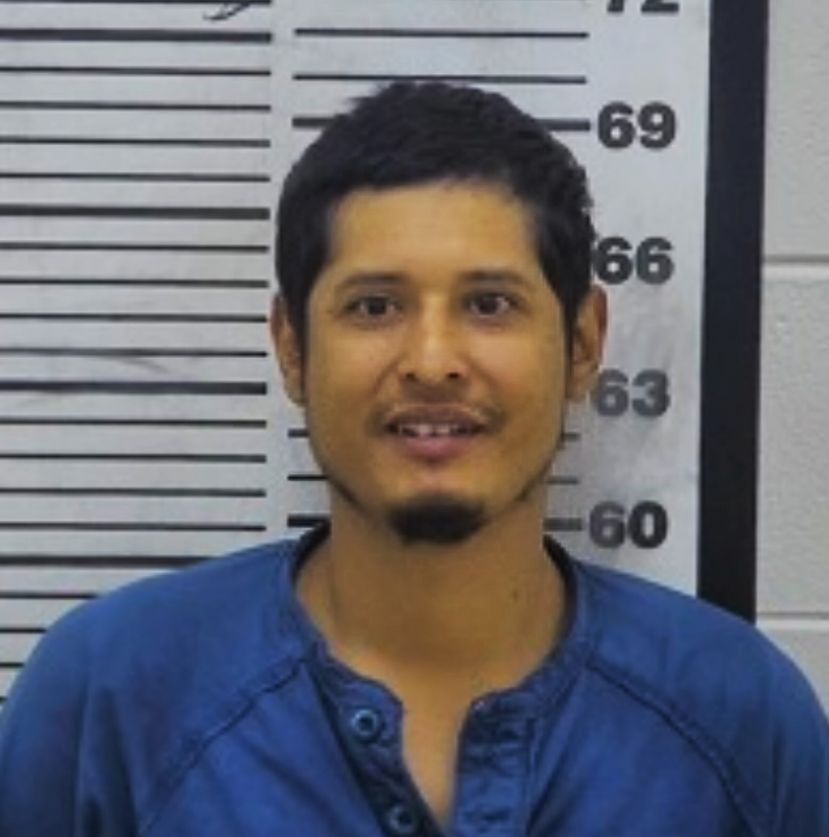 An incident report from the Coffee County Sheriff's Office stated that on November 5, a 29-year-old Douglas woman reported that she was on a date at the local movie theater when her ex-husband, Hernandez, showed up trying to fight her date. The woman stated that she and the man went to talk to a worker in the lobby about contacting the police, and the two went back to finish the movie. The victim told the deputy that she had never contacted law enforcement but that after she left the theater, she noticed damages to the side of her vehicle that were not there before they went inside.

According to the report, the woman said that as she was driving home, a vehicle struck her from behind. Initially, the woman couldn't see what type of vehicle had struck her and "could only see headlights." However, the vehicle hit the back of her car a second time, leading her to turn around on a road where she could see the vehicle. She told the deputy the vehicle was a silver Chevrolet Silverado with a black toolbox, which matched the description of Hernandez's truck.

After the woman was reportedly hit a second time, she drove to a gas station and called 911. The deputy noted that he observed dents to the driver's side door and dents on the rear of the vehicle. The victim also reported that just before she arrived, her mother called her and told her Hernandez had just dropped off their 3-year-old child with her.

According to the report, the man who went on a date with the woman told the deputy that while they were at the movie theater, Hernandez "showed up, got close to them, and began yelling at them." He reported that Hernandez asked how he knew the woman and "became confrontational." After they left the theater and were on the road, a truck began "ramming" their vehicle from behind and struck them twice. He also reported that after the truck hit them a second time, they turned around and drove toward a gas station to wait on law enforcement. The male also gave the exact description of the truck as the female.  The deputy later contacted the female victim by phone after she requested to speak to him. She advised that when she got home, her child told her she was in the truck with Hernandez when the incident occurred. The victim reported that, according to her child, she was left in the truck at the movie theater when

Hernandez confronted her and the male. She also stated that the three-year-old told her she was "in the truck when Daddy hit Mommy."

Hernandez was arrested on November 18 on two counts of aggravated assault.