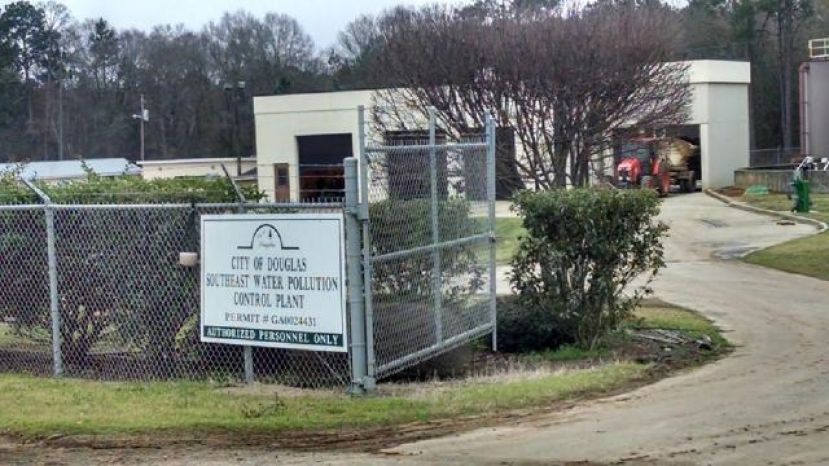 Did you know that the City of Douglas experienced a wastewater spill earlier this month? According to a press release posted on the city’s Web site (but apparently not released to the media), the spill took place on Feb. 8 at the Southeast Water Pollution Control Plant and dumped 4.4 million gallons of water into a tributary of the Seventeen Mile River. According to the press release, the receiving stream is an un-named tributary to the Seventeen Mile River which flows from the plant through a city-owned restricted-access impoundment and then crosses under Wendell Sears Road and then Clyde Kirkland Road before its convergence with the Seventeen Mile River.”

The city didn’t post the release until Feb. 17, over a week after the spill took place. The press release states that the spill happened because of a faulty four-inch check valve at the plant. The amount of contaminated water released constitutes a major spill; however, just how much of a major spill it was and the lingering environmental effects, if any, have not been released. The press release does state that the city took corrective action quickly and fixed the problem in a timely manner.

We have contacted the city for further information and hope to have an update at the beginning of next week. The press release in its entirety is below:

“On February 8th, 2015, the City of Douglas Southeast Water Pollution Control Plant
experienced the mechanical failure of a 4” check valve. The result was a release of partially treated wastewater in the Plant's effluent discharge. Upon discovering the faulty check valve, immediate action was taken to remedy the situation including repair of the check valve and installation of an air gap to prevent any future occurrences. The corrective measures were able to return the Plant to normal operations.

“The total BOD5 (5-day biochemical oxygen demand) from the effluent composite 24-hour sample for February 8th (which represents the 24-hour period from 9:00 a.m. February 8th to 9:00 a.m. February 9th) was 26 mg/l. Anything over 25 mg/l is considered a major spill. All reporting and sampling requirements are being followed. The volume of the major spill is the 24-hour flow for that reporting day: 4.4 million gallons. The receiving stream is an un-named tributary to the Seventeen Mile River which flows from the plant through a city-owned restricted-access impoundment and then crosses under Wendell Sears Road and then Clyde Kirkland Road before its convergence with the Seventeen Mile River.

“The probable cause of the discharge was the faulty check valve. However, all other possible causes are being investigated. Signs warning of the spill will be placed at the spill site and at downstream points of public access at Wendell Sears Road and Clyde Kirkland Road. The public is advised to refrain from any contact with this un-named tributary at the Wendell Sears Road Crossing and the Clyde Kirkland Road Crossing for the next seven days due to the possibility of high levels of bacteria in this stream. This is only a precaution.”