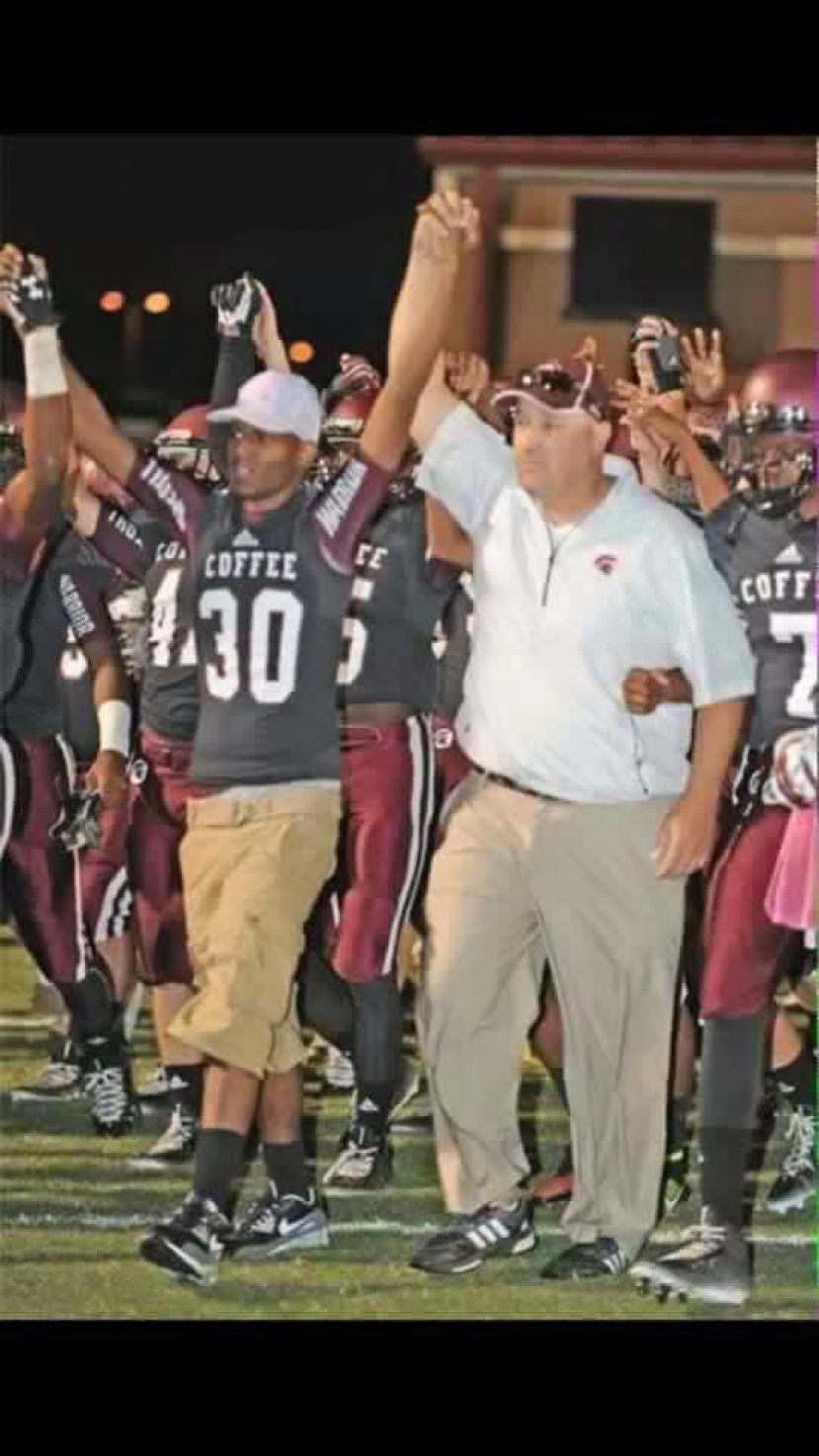 Just prior to the kickoff of the Coffee Trojans’ home opener against the Savannah High School Blue Jackets Friday night, fans watched a tribute to the late Riccardo Ingram and Malik Sparkman, two Trojans who lost battles with cancer this year. Coffee linebackers coach Neil Graham, who himself was waging his own war against cancer, was listening to the game in a bed at Northside Hospital in Atlanta. Hours later, after hearing his Trojans win 38-0, Coach Graham joined Ingram and Sparkman in death, the third Trojan to succumb to cancer in recent months.

Neil Graham came to Coffee County in 2006 as an assistant with the Citizens Christian Academy Patriots in their lone football season. When that program was unceremoniously ended after just a single season, Coach Graham joined the staff of the Coffee Trojans, where he served as an assistant football coach and golf coach.

Three years ago, doctors diagnosed Coach Graham with cancer. He began a long and fierce battle with the disease. Two weeks ago, despite tremendous pain, Coach Graham was on the sidelines of the Trojans’ scrimmage against the Colquitt County Packers in Moultrie. “He was right there beside me, intense, focused, coaching as hard as he could,” recalled Coffee defensive coordinator and athletic director Randy Garrett.

The last month had been particularly difficult for Coach Graham. The disease had him in constant pain and he struggled just to get through each day. Still, he was at practice, outside with the team when he could be and inside breaking down film when he couldn’t go outdoors. Earlier this week, Coach Graham returned to the hospital for further treatment. He remained positive and planned to be at Jardine Stadium Friday night for the Savannah High game. The cancer, however, had other plans. His condition deteriorated during the week. Too weak to leave the hospital, he planned to listen to the game via the Internet. Just a few hours after hearing his Trojans win their second game of the year, Coach Graham quietly passed away.

“Neil was very much a giving person. He was very unselfish and always focused on others. Even during his illness, he was more worried about his family and his players than he was about himself,” said Garrett. Throughout his illness, the Coffee County community and the Trojan Touchdown Club had stood by his side, something that touched him greatly. “I heard him say many times just how much the community and the touchdown club had supported him both emotionally and financially. He often said how people had gone over and beyond to help him,” continued Garrett.