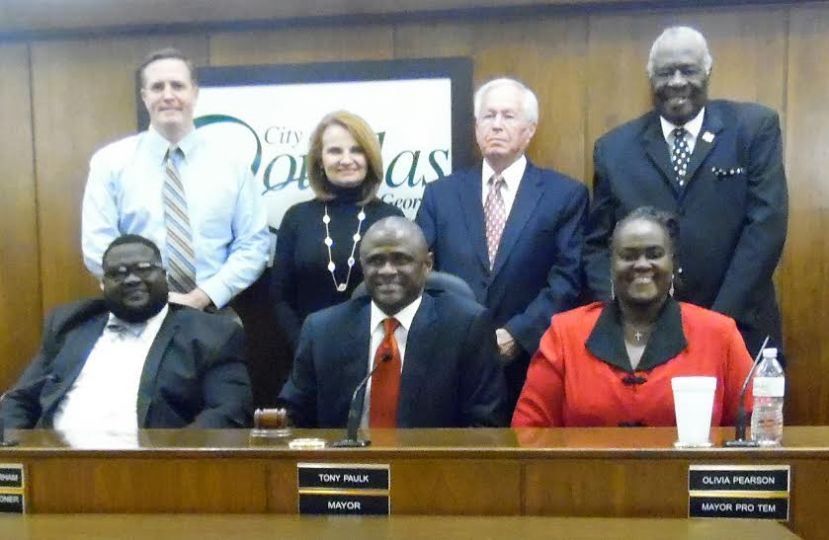 Megan Bennett/DouglasNow.com The Douglas City Commission, pictured above, unanimously voted to reinstate Tameka Williams's employment with the City of Douglas at Monday's commission meeting. Williams, a former police officer, had been suspended without pay after being indicted on voter fraud charges late last year.

Williams, who has been indicted on felony voter fraud charges, initially resigned from the police department but later filed an appeal to have her resignation rescinded. On Nov. 23, city officials rescinded her resignation and placed her on suspension without pay until her case is decided.

After an executive session Monday evening, city commissioners decided to reinstate her employment in a non-law enforcement position. She reported to work earlier this week at the police department. However, city manager Terrell Jacobs has stated that Williams will be moved to city hall where she will work in the Code Enforcement department.

Williams’s Georgia Peace Officer Standards and Training (POST) certification has been suspended until the courts decide her guilt or innocence regarding the voter fraud charges; as such, she cannot work as a law enforcement officer until her case is adjudicated.

Williams was indicted for allegedly voting in the 2015 Douglas municipal election even though she is not a resident of the city.