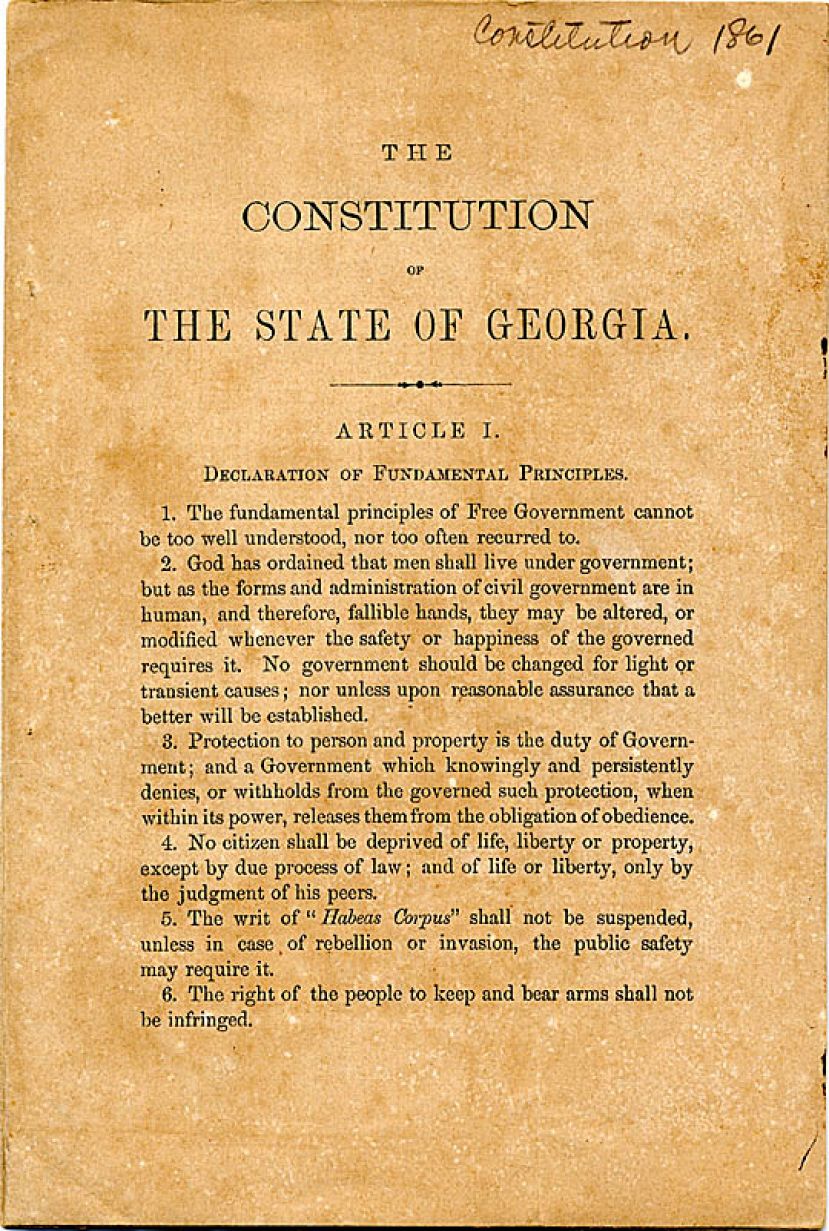 Photo courtesy of the Georgia Archives

When voters go to the polls this election cycle, they will cast ballots on four constitutional amendments. Likewise, voters in the city of Douglas – read that again, only voters who live inside the city limits – will cast a yes or no vote for alcohol sales on Sunday. Below you will find a brief discussion on each one. I encourage you to look these up and investigate them more closely. Amending the state constitution is no small matter and voters should carefully weigh their votes. A couple of these could have potentially far-reaching effects at all levels of government:

If you vote yes for this amendment, you will give the state permission to take over schools that it deems as failing. If a school finds its way on the failing list, it is very likely that the local boards of education will lose control over that particular school. That may not necessarily be the case – four different options are included in the legislation – but that seems to be the way most pundits interpret the law’s language. Proponents say drastic times call for drastic measures, that the only way to improve perennially failing schools is by direct government intervention. Opponents say it’s nothing more than a government takeover that reeks of cronyism and abuse of power.

If you vote in favor of this amendment, you will be voting for more severe sentences for people convicted of sex crimes. Part of the funding for this amendment will come from a $5,000 annual fee assessed to adult businesses – strip clubs, adult novelty stores, and the like. The money will go into a Safe Harbor for Sexually Exploited Children fund, which will be created if the amendment passes.

Amendment three: The abolition of the Judicial Qualifications Commission

This amendment, if passed, will abolish the JQC, which is the commission that oversees the state’s judges. The JQC operates independently of the state legislature. If voters pass this amendment, the legislature will appoint another body to provide judicial oversight. Proponents say it’s time for the JQC to be overhauled. Opponents see it as an attempted power grab by the legislature in an effort to get directly involved in the judiciary.

This amendment would allow tax money from the sale of fireworks to be used in part to pay for treatment for those who have suffered injuries from fireworks. Other monies will go to assist firefighter training and to communities to help improve 911 departments.

Voters in the city of Douglas will decide whether or not they would like to have Sunday alcohol sales. There are two different referendums. If passed, one would allow sales by the drink in restaurants. The other would allow sales in retail establishments inside the city. Once again, just to be clear, if you live in the county, you will not vote on these referendums. Likewise, if one or both passes, only businesses inside the city will be affected. Stores and restaurants in the county will not be able sell on Sunday no matter what happens at the polls. Not legally, anyway.