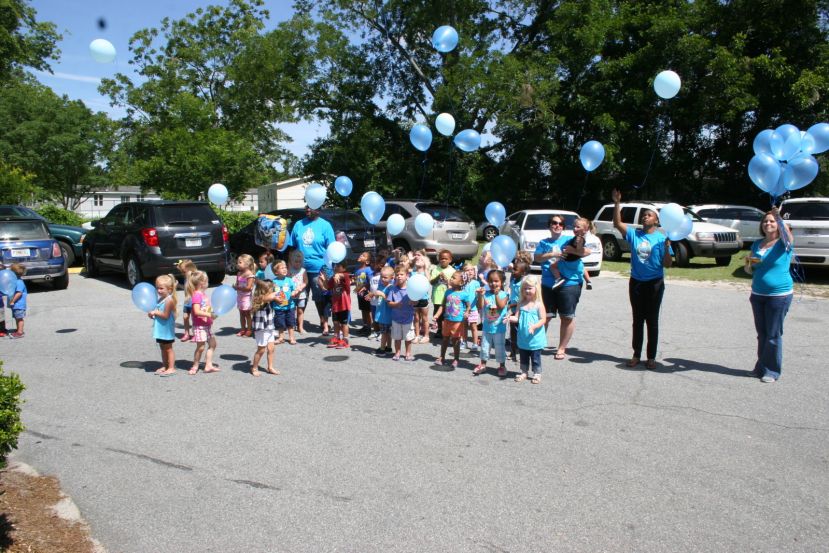 Friday morning, the students and staff at Precious Possessions in Douglas remembered Eli Johnson, the two-year-old Douglas toddler who drowned Sunday after falling into his family's swimming pool, by releasing blue balloons in his memory.

Eli attended Precious Possessions and everyone there loved him dearly. Students lined up in the parking lot, each with a balloon in their hands, and released the balloons when "Jesus Loves Me" began playing over a public address system. Once the balloons were released, the kids sang "If You're Happy and You Know It," which was Eli's favorite song.

Local authorities investigated the incident and ruled that Eli's death was accidental.