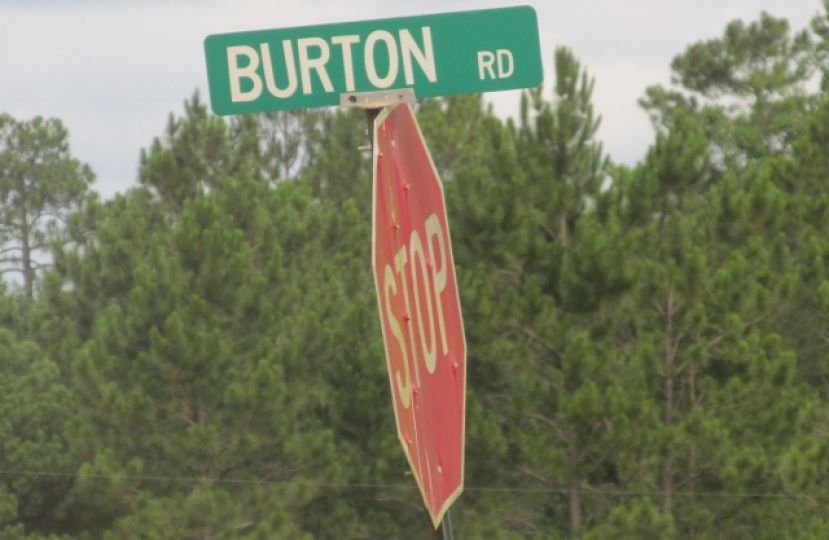 Jerry A. Hudson/DouglasNow.com A mobile home park off Burton Rd. in Coffee County was the site Thursday evening of the apprehension of one suspect wanted in connection with the Thursday morning shooting of Douglas Police Officer Larry Carter. While authorities were attempting to apprehend the fugitive, a male juvenile was struck by a stray bullet fired by a Coffee County Deputy.

Sheriff Doyle Wooten confirmed reports Friday morning that a male juvenile was accidentally wounded by a Coffee County deputy Thursday evening, as authorities were closing in on a fugitive wanted in connection with an armed robbery and recent shooting of Douglas Police Officer Larry Carter.

The incident took place at a mobile park located off Burton Rd. in the county.

According to Wooten, the deputy was in foot pursuit of the suspect, 19-year-old Christopher Barnett, when he observed a large dog that appeared to be rushing towards him. The deputy discharged his firearm at the animal, and the bullet subsequently struck the child in the leg.

"Everything happened really fast," Wooten said. "There were a number of people present while (officers) were attempting to apprehend Mr. Barnett. Our prayers are with the juvenile and his family and also our officer that was involved."

Wooten added it was his understanding that the juvenile's injury was not life threatening, but the child was still taken to a Savannah hospital for precautionary reasons.

Because agents with the local field office of the Georgia Bureau Investigation were present during the incident, officials from the Kingsland and Eastman GBI offices are in charge of investigating the matter.

The name of the deputy involved is being withheld pending the investigation.

Christopher Barnett is currently being held at the Coffee County Jail for his alleged involvement in an armed robbery that occurred early Thursday morning at a Flash Foods store in Douglas and the subsequent shooting of Officer Larry Carter of the Douglas Police Department. Another male suspect, Andre Warner, is also being held in relation to the same incidents.