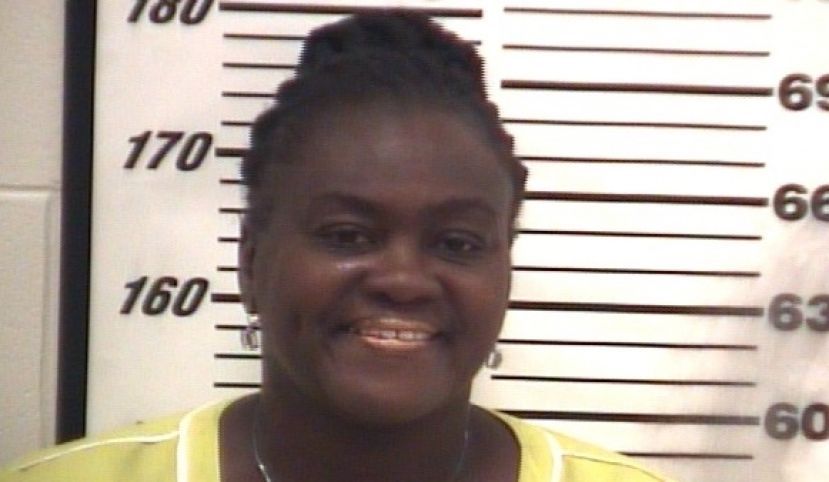 The trial of City Commissioner Olivia Pearson on criminal charges of voter fraud and swearing falsely was declared a mistrial today at 12:40 pm. Both charges were classified as felonies. Her trial began yesterday, but court was adjourned at 8 pm as the jury had failed to reach a verdict after nearly two hours of deliberation. Despite the declaration, assistant district attorney Ian Sansot told DouglasNow.com that Commissioner Pearson’s prosecution was still an active case and he intends to put it back on the calendar as soon as possible.

The jury continued to deliberate at 9 am this morning and after taking a recess at 11 am, Judge Andrew C. Spivey called the Court to order and told the attorneys and a packed gallery that the jury had deadlocked and could not reach a verdict. He then declared a mistrial over the objection of Assistant District Attorney Ian Sansot. The gallery erupted in cheers and was quieted by the many bailiffs present in the courtroom.

Commissioner Pearson had entered Courtroom B of the Coffee County Courthouse just prior to the start of her trial at 9 am on Tuesday, March 28. Walking slowly and leaning heavily upon a cane, she responded to encouragement from her supporters, saying "One thing about me, I ain't never ran. Ain't no need to start now."

Commissioner Pearson's contingent of supporters practically filled the northern gallery of Courtroom B, behind the defense table. By the close of testimony at 6:20 pm the number had grown.

Commissioner Pearson's charges arose from an incident on October 15, 2012. The prosecution, led by Assistant District Attorney Ian Sansot, alleged that during early voting in the 2012 election Commissioner Pearson improperly assisted Diewanna Robinson in casting her ballot. Georgia law allows assistance only to voters who are illiterate or disabled. Forms available at polling stations require that the one assisting sign an oath to that effect. Tendered into evidence was a form for Diewanna Robinson bearing Commissioner Pearson's signature with the box next to “illiterate” checked.

The prosecution called two witnesses, Diewanna Robinson and Coffee County Elections Supervisor Misty Hayes. Under questioning by the prosecution Ms. Robinson testified that she is not illiterate. It was the prosecution's assertion that according to the law Ms. Robinson was therefore not eligible to receive assistance in voting. Ms. Robinson did not, however, recall Commissioner Pearson as the person rendering assistance to her at the time in question.

The Defense, led by Attorneys Julius Collins and Nefertara Clark, called numerous character witnesses to support Commissioner Pearson's reputation for truth and honesty within the community. They were allowed to testify over the objection of the prosecution, which faulted the witnesses’ cumulative nature.

In closing Ms. Clark intoned, "Welcome to 1692." She drew a parallel between the Salem witch trials of history and the present prosecution of Commissioner Pearson. To support the parallel she made reference to many irregularities for which the Coffee County election board had been cited. Mr. Sansot, who gave his closing argument after that of Ms. Clark, argued that this was a trial of no witch, but one of a corrupt politician who abused her power.

Closing arguments of both counsels also touched on the element of criminal intent. Mr. Sansot  stated that intent must be found to have been present at the time of the alleged criminal act by the jury if they are to find the accused guilty. He further argued that the defense had given too narrow a definition of intent, and that intent to commit the act which the law prohibits, in this case either assisting a voter who is not illiterate or swearing falsely, is all that is required. It is not necessary that the accused intend to break the law, Mr. Sansot contended.

As the jury was sent to deliberations the alternate jurors were designated. They await the failure of any regular juror to be able to fulfill their duties, at which time they would join in deliberations. The alternate jurors were a white woman and a black man. This created a jury of nine white jurors, two black jurors, and one Hispanic. There was significant murmuring from the gallery following this development.