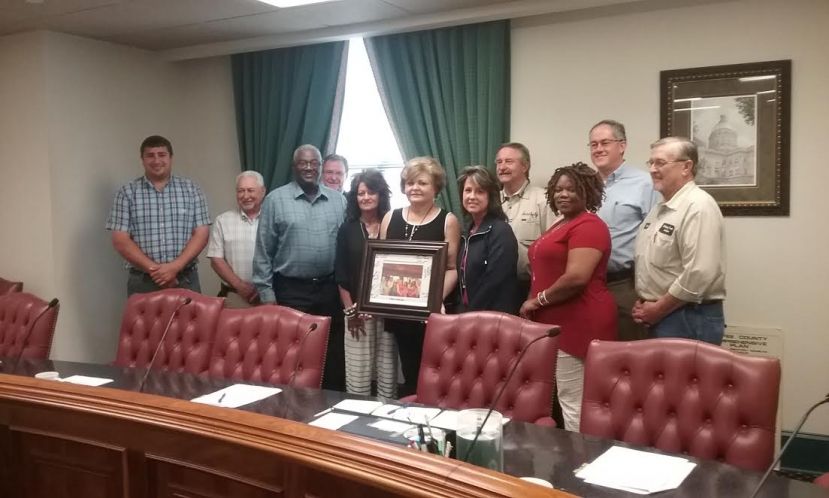 At the regular April 3rd, 2017 meeting of the county commission, Ms. Jo Ann Metts officially retired and was honored by the commission for over 40 years of service. Ms. Metts will be replaced as county clerk by Ms. Tracie Vickers. Ms. Vickers had until this time served as deputy county clerk.

In the commission’s pre-meeting work session County Code Enforcement Director Ray Parker addressed the substandard housing related to the Oak Park redevelopment plan. It was noted that at Oak Park there are to be found trash in yards and even junk cars. Mr. Parker put before the board the idea of providing notice to those residents who are in violation of local ordinances. Mr. Parker suggested sending letters or placing door hangers which would alert the residents before the county took corrective action.

In the regular meeting Ms. Metts was presented with a signed photograph of herself and the Board of County Commissioners. Ms. Metts started working for the Coffee County Sheriff’s Office in January of 1977. At that time the county had no 911 service and the chairmanship of the county commission was a part-time job. She spent 11 years at the sheriff’s office, about one year in the Clerk of Coffee County Superior Court’s Office, and the rest of her time as county commission clerk.