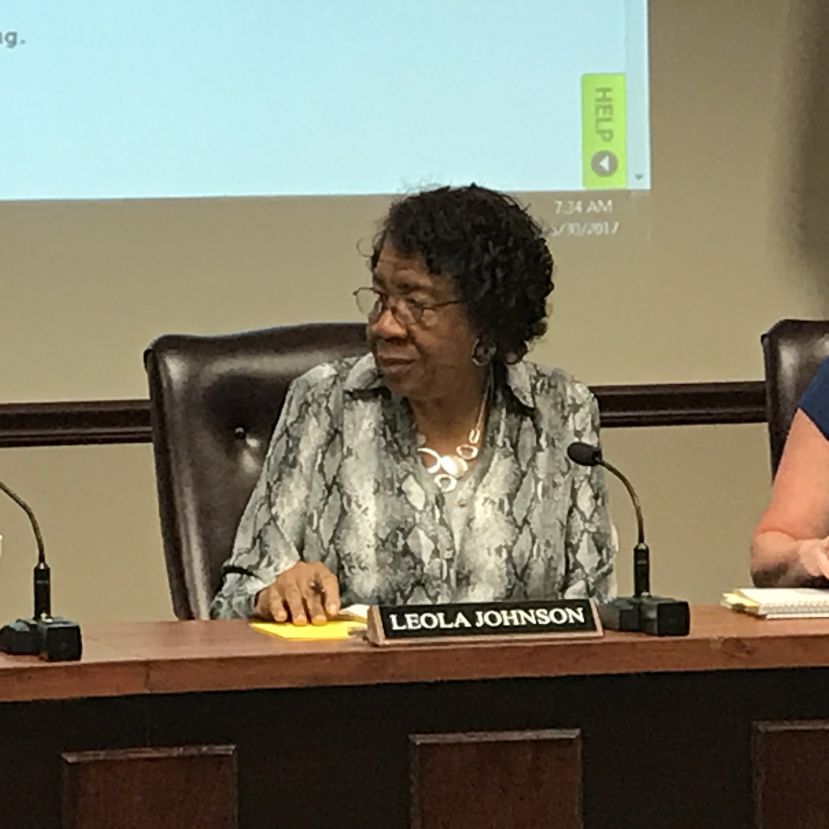 Robert Preston, Jr./DouglasNow.com In Leola Johnson's first meeting as a board member, she voted to approve the FY18 budget for the school system.

Newly-appointed school board member Leola Johnson’s first meeting was an important one. Barely two weeks after being named to the board of education, Johnson and the rest of the board voted to approve the FY18 budget at a special called meeting Tuesday morning.

When Superintendent Dr. Morris Leis called for a vote, Adam Lott made the motion followed by a second from Bryan Preston. The vote was unanimous.

While the board members were all in one place at the same time, they approved several other important items of business, including the local ag plan and Perkins Program improvements, the annual Family Connection contract, and an out of state travel request from the Coffee High NJROTC to send nine students for leadership training in Orange Park next month.

Board members also approved the bid for bathroom renovations at Eastside Elementary School. You don’t have to spend much time walking the halls of Eastside to quickly realize how badly this project is needed. Only one construction company turned in a bid – Harper and Company here in Douglas. The board awarded the bid to Harper in the amount of $373,300. The base bid was $287,400; however, there were five add alternates related to the project.