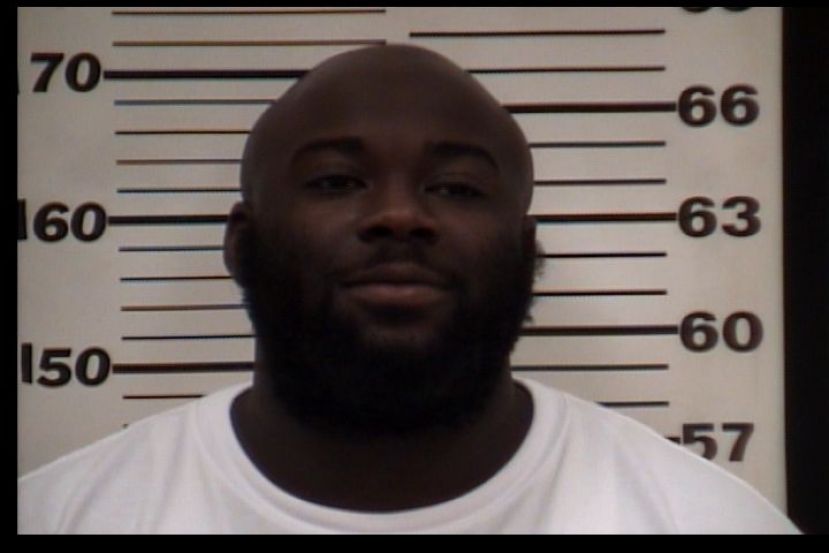 DouglasNow.com file photo Claudin Pubien Jr., pictured above, was serving 20 years on probation for his role in the 2013 murder of Daquavious Reed when he was arrested last week for allegedly being involved with a significant burglary ring in Coffee County.

Claudin Pubien Jr., 26 of Douglas, who was arrested last week on burglary charges after detectives discovered a “mountain” of stolen items at his home, had previously been charged with murder in the 2013 killing of Daquavious Reed. Two other individuals, both of whom are Pubien’s brothers, Claron Carter and D’Andre Carter, received life sentences for their roles in Reed’s death.

Pubien, however, ultimately pled guilty to robbery by force and was sentenced to 20 years on probation. Authorities determined that Pubien had a lesser role in Reed’s death than the other two. He neither planned the shooting nor was he believed to be the trigger man. Reed was found dead inside an East Ward Street residence on July 11, 2013, killed by two gunshots.

Monday, July 3, 2017, the Coffee County Sheriff’s Office issued a press release announcing that Pubien, along with 25-year-old Sierra Hodges, had been arrested last week after detectives served a search warrant at 316 East Schley Street and found a significant amount of items that had been reported stolen, some as far back as Christmas 2016. As a result of his alleged involvement in the burglary ring, Pubien is back behind bars.