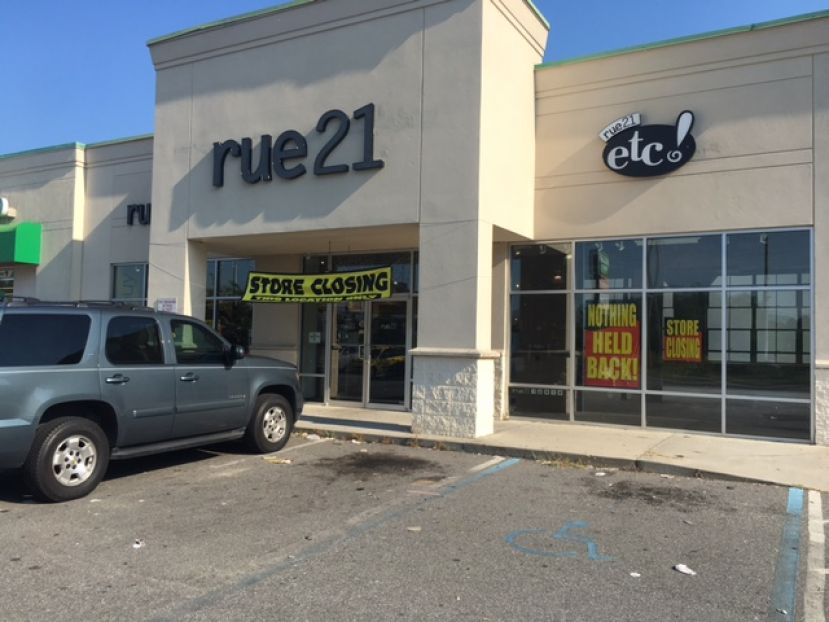 Tiana Foster/DouglasNow.com The Rue 21 in Douglas, seen here with a large yellow banner announcing the bad news, is closing its doors.

Back in April, Rue 21 released a statement announcing the closing of 12 of its stores in Georgia. You can add one more to that list.

The Douglas Rue 21 is closing its doors. There is a large banner over the front entrance of the store announcing the bad news. This latest development is but one of many such closings that signal a tremendous shift in retail in the United States.

Almost weekly, news hits of another retail giant shuttering its brick and mortar locations. Most notably, K-Mart announced that its Douglas store was closing as well.

As more and more people turn to online shopping options, retailers are finding themselves scrambling to keep up. The April news release from Rue 21 emphasized that the majority of its stores would remain open. The company also said that it would use the re-organization as an opportunity to further build its online business.

Apparently things haven’t worked out like management thought they would if they’re going through another round of closings. At any rate, this isn’t good news for Douglas or any of the other communities affected by these closings. And maybe more troubling is the fact that there will probably more news like this coming in the near future.

More in this category: « Board of Elections announces candidates for the cities of Ambrose, Nicholls elections Over 700,000 gallons of wastewater spills into Seventeen Mile River »
Login to post comments