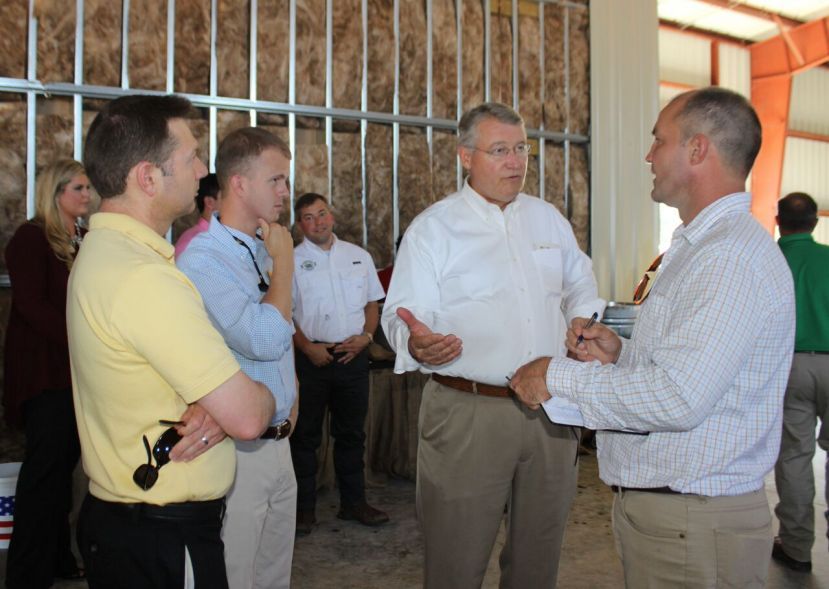 “I knew tax reform would be good but what’s happening is incredible. Two years ago, the other side was screaming about a $15 per hour minimum wage. Now companies are doing that on their own. This president understands the power behind giving people an incentive to better themselves,” said U.S. Rep. Rick Allen following President Donald Trump’s first State of the Union address Tuesday night. Rep. Allen, a Republican whose 12th Congressional District includes Coffee County, spoke with DouglasNow.com about an hour after President Trump concluded his remarks.

Rep. Allen believes in President Trump’s agenda, particularly what he’s doing with the economy. He said that Trump’s overriding goals are to shrink the government, reduce citizens’ dependency on government, and put America in a position to prosper economically. “The Democrats’ agenda is big government and keeping people dependent on government. President Trump wants smaller government, a secure nation, and an empowered American people,” said Rep. Allen.

One would expect that kind of platform from a businessman as opposed to a career politician. Which explains the time Trump spent during the address discussing economic growth and the de-regulation policies his administration has enacted. “We’ve been creating 200,000 new jobs per month. We ought to cross the four percent threshold this quarter. I don’t remember four percent economic growth,” said Allen. Along with that growth are decreases in unemployment claims across the board, something Trump touted during his address.

Rep. Allen also took a few minutes to discuss a couple of issues important to the 12th District, in particular the Farm Bill and increasing technology availability throughout the district. “President Trump is working on trade, we’re working on the Farm Bill. We also need to expand cellular service and broadband to rural areas of the district. President Trump believes that people, not government, will solve the problems facing this nation if they’re given the chance. That’s what we’re going to do. We’ve got great people here in this district and we will get this done,” said Rep. Allen.